Luckily, I don't have to change my last name 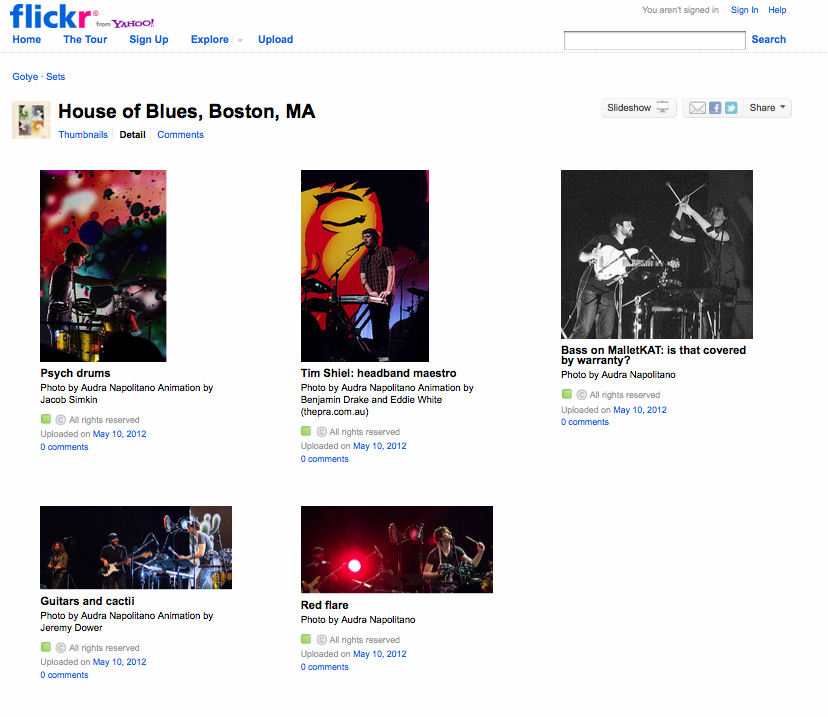 If you saw my first post, the title of this one would be far more entertaining. As it is, it was only published for about 10 minutes before I decided to rework it. My apologies. It's a bit of a struggle for me to contain my excitement and I've been waiting to share this with you . I first posted a screen shot that had a misspelling in my name, so I emailed the band and it was fixed right away. The full flickr set is here.

What's been incredible about this experience is how positively Wally reacted to my images. He responded to my original email within minutes and was full of praise. It's one thing to have a band use your pictures, it's another to have the artist actually email you back. 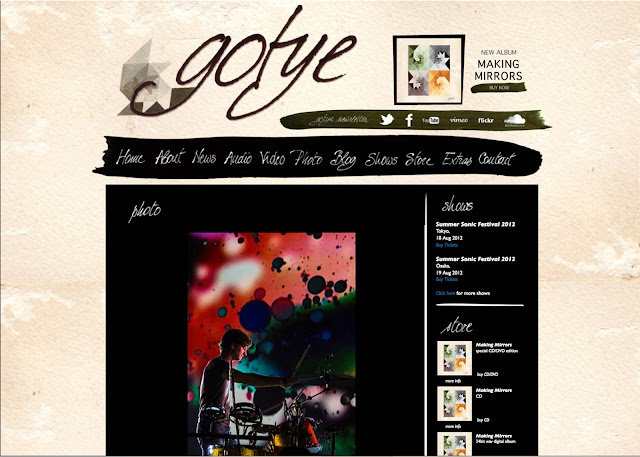 He also allowed me to select which images I wanted to put up. You might not think that's a big deal, but to me it was. The Eels picked the pictures they used and I cringed at a few of them. As an artist, you want your best work displayed and Gotye gave me that opportunity. So for that, a big thank you, Wally. I'm completely humbled.

And if that wasn't enough, he also answered one of my questions. I included a song with this post called A Distinctive Sound from Gotye's second album Like Drawing Blood. Grooveshark had the majority of his music online, except for a couple songs. When I first listened to this track, my jaw hit the floor. A minute and twenty seconds in, there is a horrific off-key woman singing. I thought it was Mrs. Miller, so I asked. Wally actually looked up who Mrs. Miller was then went back to his original mixing to check. I'm sad to report, it's not Mrs. M even though it sounds just like her, he said it was from a comedy sketch before she was popular. But still! The man has the number one song and he took the time to BS with me about Mrs. Miller!

Thank you, sir! I can't wait to hear more music from this talented and generous human being.
Posted by Audra Napolitano at 7:22 AM