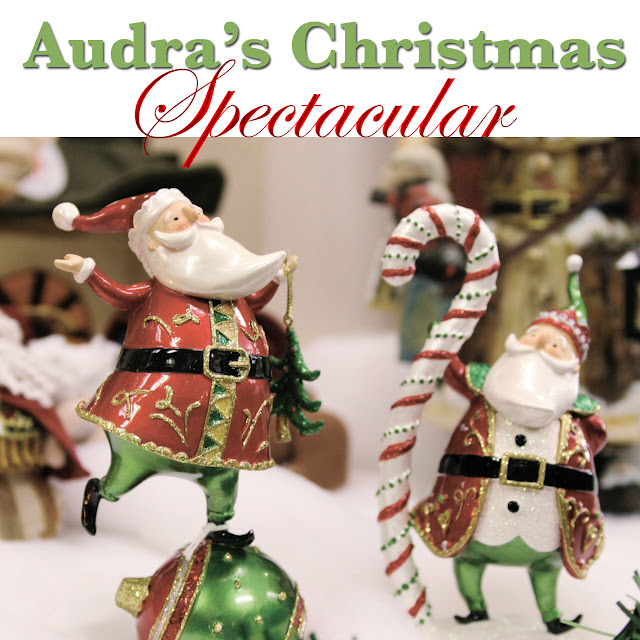 Check out the Playlist Here
I like to limit my Christmas exposure until 10 days before the actual holiday. I feel like it helps me from going into overload. I started this mix last year, did some minor tweaking and presto! I described this playlist to a friend as some kick ass songs you won't hear anywhere else, certainly not on the radio. I hope you enjoy!

1. Christmas Is Coming by Vince Guaraldi

2. Lonely Christmas Eve by Ben Folds
From The Grinch soundtrack. I love me some jazzy piano and the reference to Morgan Davis that only hardcore Folds fans will get.

3. Winter Wonderland by Fleming & John
I cannot tell you how much this husband and wife team rock. They haven't released an album since 1998, but they often collaborate with Ben Folds and John is a great producer.

4. Everything's Gonna Be Cool This Christmas by the Eels
I went with the acoustic version of this song as opposed to the version released on Useless Trinkets. I feel like E has more emotion in it and I'm a sucker for toy piano.

5. Sleigh Ride by Squirrel Nut Zippers
Man, how I haaaaaaaated playing this song in concert band. Four years of holiday concerts and I still couldn't get the incidentals right. Je Widenhouse, the trumpet play for SNZ, makes me love this song again and I almost forgive his son for stomping on my broken toe the first time I saw him play live. Almost...

6. What Can You Get A Wookie For Christmas from Christmas In The Stars 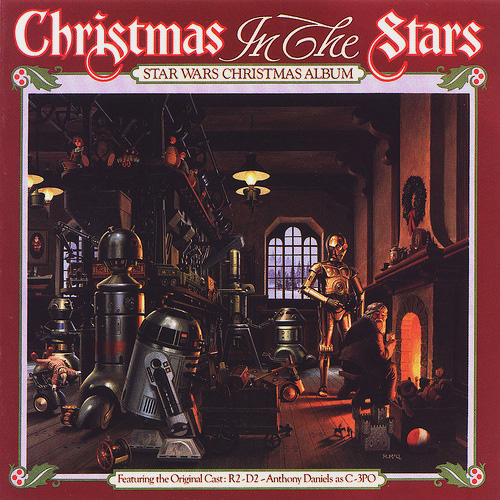 Ok, stop what you are doing. If you do not know about this album, go find a copy. It is by far, my all time favorite Christmas album. It's not Christmas until I've listened to R2D2 and C3PO sing carols. I'm dead serious. Unbelievable.

7. Rudolph The Red Nose Reindeer by Barenaked Ladies
I took a lot of instrumentals from their album as breathers.

8. Run Rudolph Run by Jimmy Buffett
Jimmy's birthday is Christmas, so I always like to give him some love. This is my favorite track from his holiday album. It showcases the talent of Peter Mayer, Greg "Fingers" Taylor and Michael Utley and Jimmy totally rocks. Happy birthday to you, Bubba.

9. Grandma Got Run Over By A Reindeer by Elmo & Patsy
I've always had an irrational love of this song, even as a child. I think it's the bass "Merry Christmas!" at the end of the song...

11. Baby, It's Cold Outside by Ben Folds & Sara Bareillis
From the Holiday edition of the Sing Off. Great Collaboration! So much so that I actually purchased it from iTunes for this mix!

13. Carol Of The Bells by Dan Hicks & The Hot Licks
This makes me think of those crazy Quiznos commercials and cracks me up every single time I hear it.

14. My Evergreen by Squirrel Nut Zippers
Oh, Mr. Tom Maxwell, my love for SNZ left when you quit the band.

15. Merry Christmas Everybody by Noel Gallagher
Not the best quality on this one, sorry. Interesting side note: Noel hates Christmas. With a passion.

16. Christmas Carol by Nerissa Nields
Originally, I had Merry Christmas, Darling by The Carpenters here in the mix. That song always makes me think of my mother. I let her listen to a preview of this playlist and she scoffed, "Why do you have THIS song?" It turns out, she doesn't really like it at all, even though she'll play it every year. So much for being sentimental! The Nields get the point across better, anyway.

17. What Child Is This by Vince Guaraldi

19. Merry, Merry Christmas from Christmas In The Stars
The conclusion to the Wookie song. It was hard not to include the entire album, especially R2D2 whistling Sleigh Ride. Have I convinced you to listen to it yet?

20. Christmas Is Going To The Dogs by the Eels
This is not one of my favorites, but I paired it up with the next track and it makes me giggle. Oh, and a Christmas song with Chamberlin in it? You're welcome!

21. Jinge Bells by Barking Dogs
You know the one.

22. Mrs. Claus by Bob Ricci **
This is a parody of Stacey's Mom by Weezer by my friend. Parody music is at its best when the song almost goes too far. I'm still waiting for the day for Bob to get famous and launch my career into stardom as well. (Get with it, Bob!)

23. Letter To Santa by John C. Reilly & Jon Brion **
An amazing find. I don't want to spoil it for you, just take a listen. Warning: there are some swears.

24. Here Comes Santa Claus by Dan Hicks & The Hot Licks
I was bummed out that Dan played a Christmas show in November in Fairfield. I would've loved to have seen him, but that was way too early for me to be listening to holiday music.

25. Santa Claus by Squirrel Nut Zippers **
Ironically, this track is not on their holiday album, Christmas Caravan. It was a hidden track that I liberated from an EP called Sold Out. I can't tell you how much I hate hidden tracks...

27. Carol Of The Bells by Fleming & John
I was slightly concerned about putting the same song on here, but this version is so radically different, I went with it. Doesn't Fleming have an amazing voice backed by John's harmonies? Record a new album already!!!

28. Hark! The Herald Angels Sing by Vince Guaraldi
Go ahead, tilt your head back and sing along.

30. Have Yourself A Merry Little Christmas by Jon Brion
How much do I want Jon Brion to play at a holiday party I'm attending? I'm willing to give you my entire life savings, sir, in order to make that happen. I can't stop myself from tapping along to the music when he breaks it down at the end. So talented. So incredible. Why are you not listening to him?

31. Twas The Night Before Christmas by William Shatner
Even I don't know where I found this version. I want to credit Audio Galaxy and my crazy William Shatner phase of the early 00's. I downloaded everything I could find by him and then some. This would be the 'then some'. I can think of no better way to end this mix with a beatnik version by the Shat, who can rock the term "Unlax" any time of the day.

Posted by Audra Napolitano at 12:31 PM