Sorry it's been a little quiet on the blog front. I've been doing a lot of planning. September is going to be a very busy month for me. I am going to concerts every week from here on out, and I'm even going to be shooting a couple of them! Unfortunately, I'm not going to be covering anything in an official capacity this weekend. I did have an opportunity to talk to a photographer at the Brooklyn Vegan photo exhibit last month and was hopeful that I would be able to join their photography ranks. It hasn't panned out as I would have liked. While that had me fairly depressed at first, I've recovered and plan on having a great time this weekend with my friends.

On to the details! 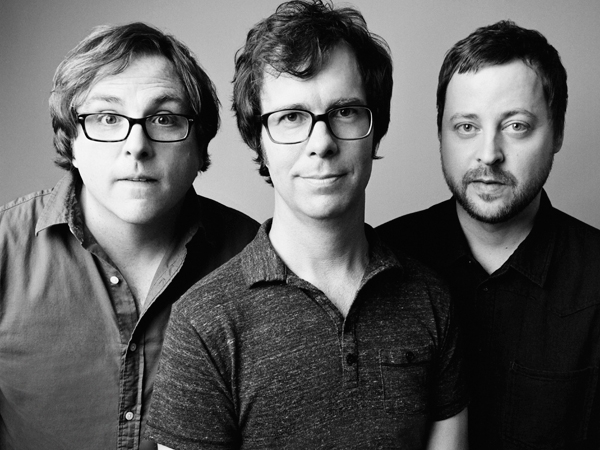 After 13 years since I first saw them live, I'm going to see Ben Folds Five play! I'm so excited to see them together again. Since the band broke up in 2000, I've seen Ben play numerous times, but only once with other band members. No one could ever fill the roles of Robert Sledge and Darren Jessee to my liking, so I stuck to Folds solo gigs. What makes this concert extra special is that I'm going with one of my friends from high school. We saw Ben Folds Five together in 1999, and I wouldn't want to go with anyone else! That's my Friday night.

Everything Changes by Eytan and the Embassy

Saturday, I'm heading to the Knitting Factory for the first time to see Eytan and the Embassy. They are a Brooklyn based band that is getting a lot of notoriety for their video for Everything Changes. It's a hilarious video and a really catchy song. Their first album, The Perfect Break Up, came out in 2011. At times, they sound very reminiscent of The Zombies and have been likened to Ben Folds Five. I think they're an up and coming band and tried to cover them for Brooklyn Vegan. Alas, the site did not think it was something their readers would be interested in. Strike out number two for me, as BV also already had coverage for Ben Folds Five. The good thing is the concert is going to be a blast and it's in Williamsburg, which I love. I'm going to meet up with a couple more friends, have a nice dinner and enjoy the music. 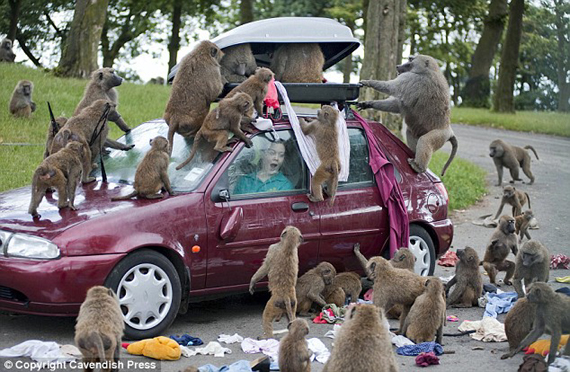 Wild Safari at NJ Six Flags is closing to cars at the end of September.

Sunday is my yearly sibling hang out. When we heard that the drive through safari at Six Flags was closing at the end of September, it was a no brainer. Who didn't have glorious memories growing up of the baboons trying to eat your windshield wipers? How could my nieces and nephew not have that experience? No, my brothers and I agreed, we had to make this happen.

As far as the concert photography is concerned, I'm going to focus my energies on what I already have planned for this month. I've gotten out of my funk and have another lead that is promising. Stay tuned.
UPDATE: Just got a lovely response from Eytan. Looks like I will be taking pictures this weekend!
Posted by Audra Napolitano at 12:15 PM