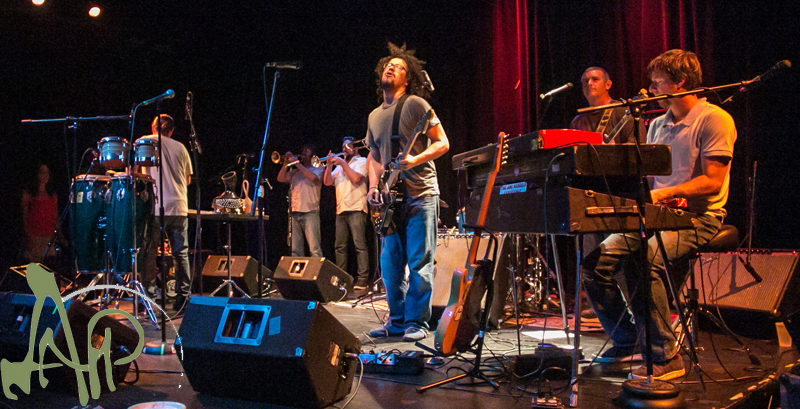 Finally! I'm free to share my residency at Fairfield Theater Company's Stage One. This is the longest I've had to hold pictures and I foolishly didn't take good notes on the performances, so I'm writing mostly from memory. Still, I'm really excited for you to take a look and tell you about my experiences.

The first band I covered was Orgone, a Los Angeles based band that are a mix of funk, soul, afro beat, disco, gogo, jazz and pop. For me, Orgone was a great introduction to the small space at Stage One and gave me an opportunity to cover music that I wasn't familiar with. Up till this point, I've been shooting bands I'm a huge fan of. The raw passion these musicians displayed has definitely made me a fan. 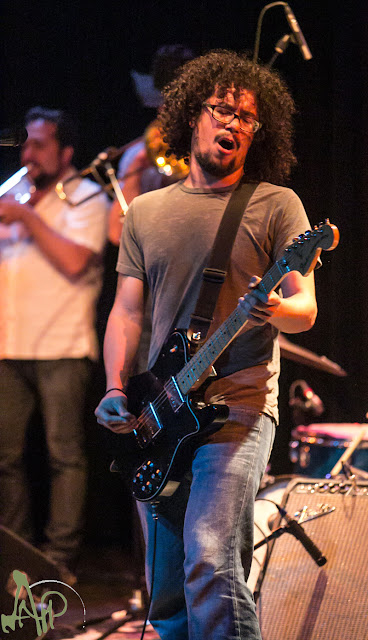 Right from the opening instrumental, I was taken in by guitarist Sergio Rios' energy. He owned the stage, wild hair flying. The band set a solid groove from the beginning and got the Sunday night crowd moving. 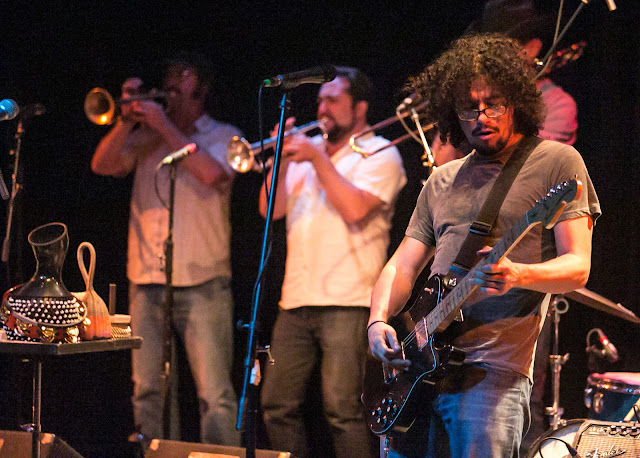 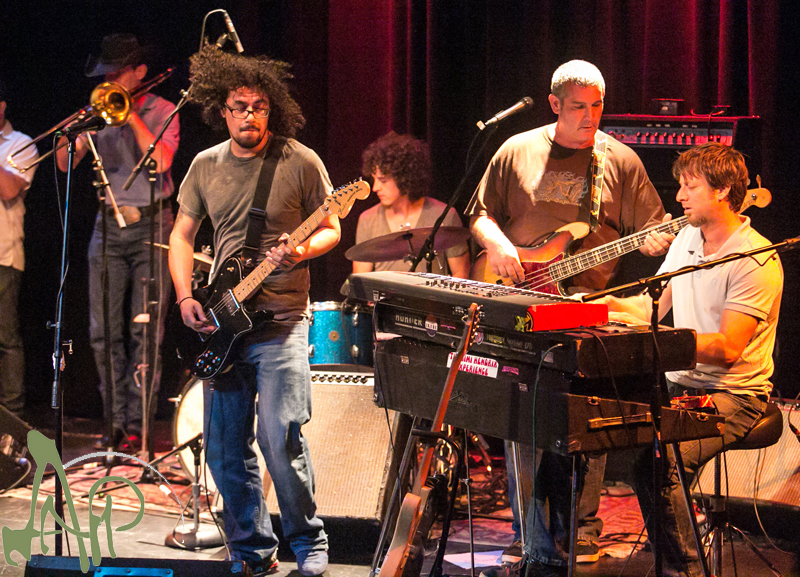 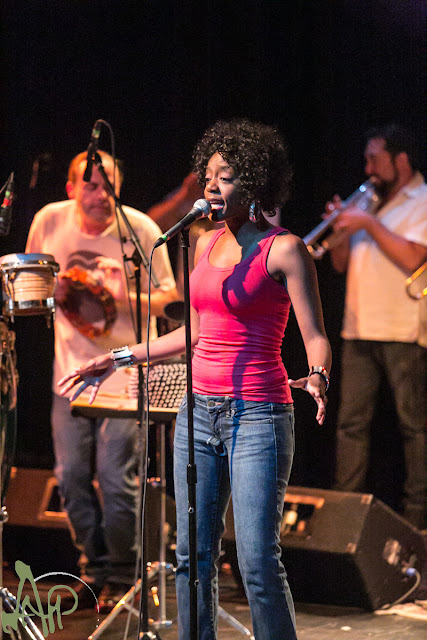 Lead singer Niki Crawford came out on the next song, filling the room with her soulful and smooth voice. She engaged the crowd throughout the night and her emotions really come through in the photos. 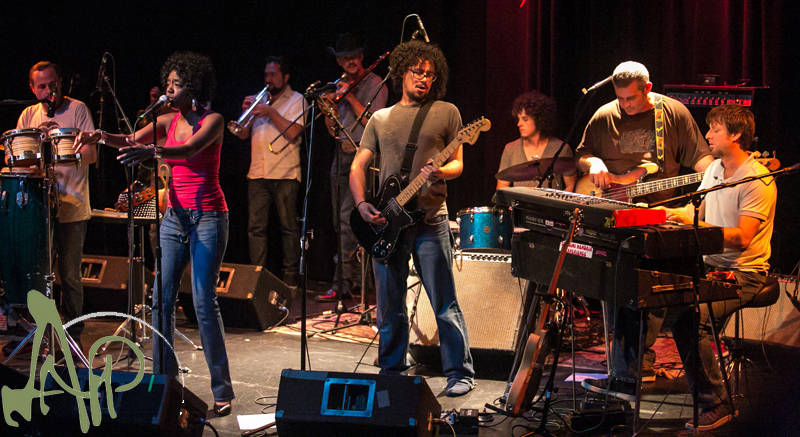 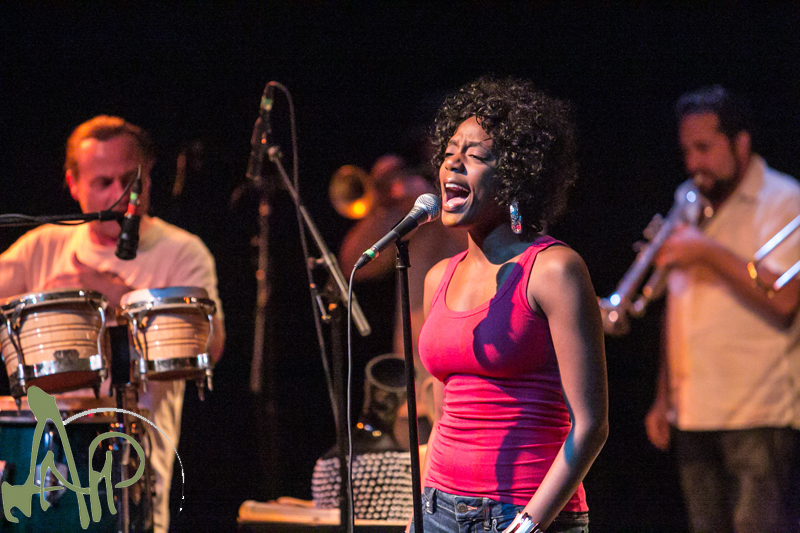 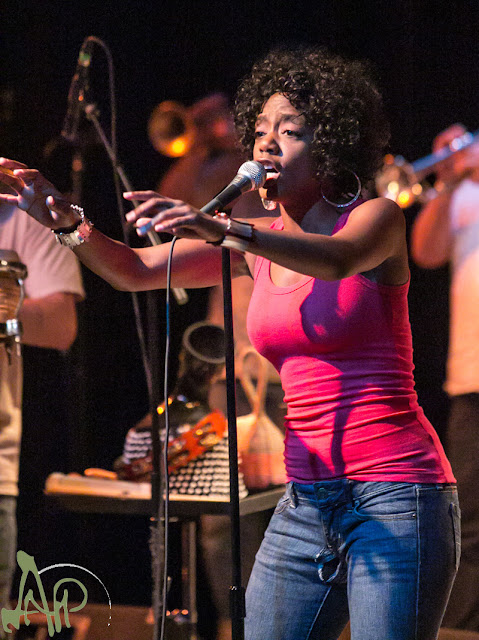 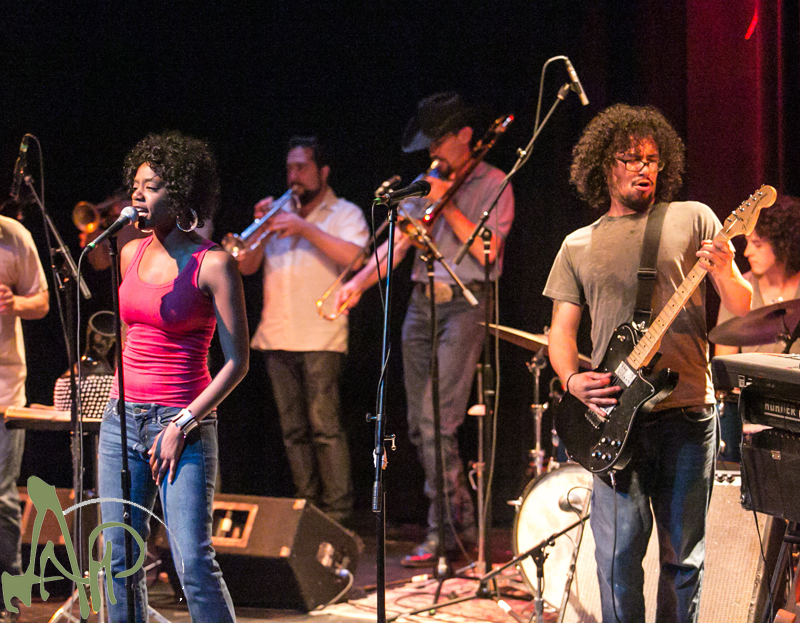 The brass section was absolutely amazing. They wailed out solo after solo and appreciated each others efforts with loud cheers. I just wish their lighting had been better! 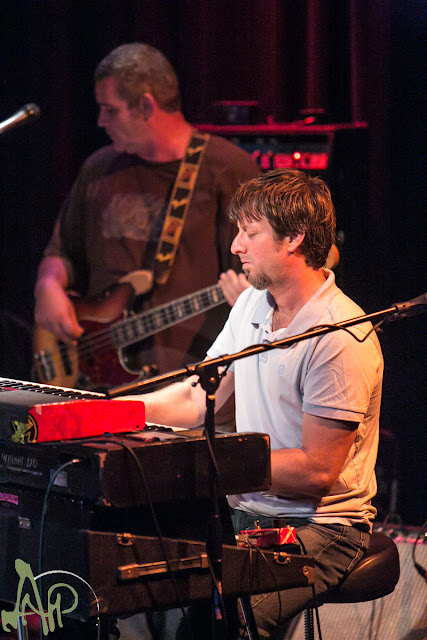 Dan Hastie on keys and Ethan Phillips on bass. 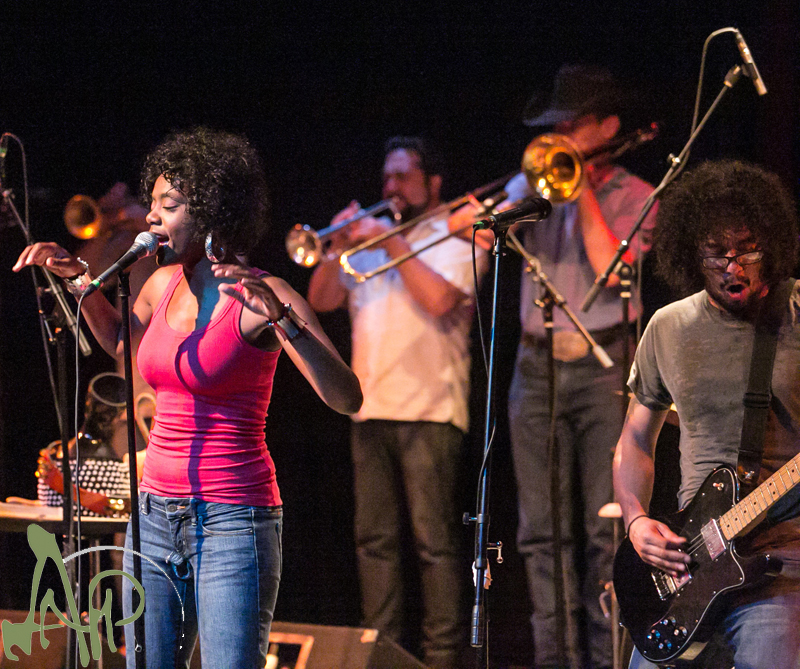 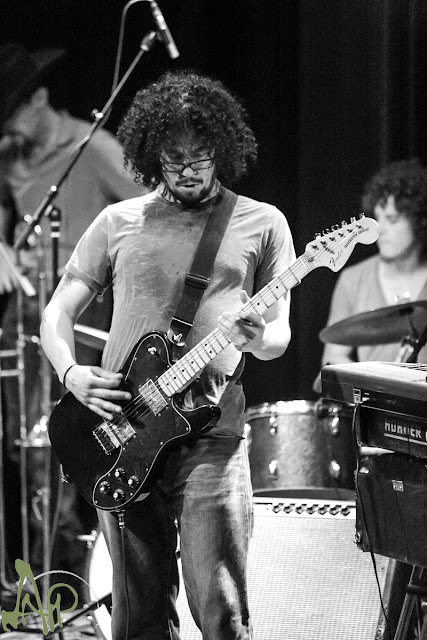 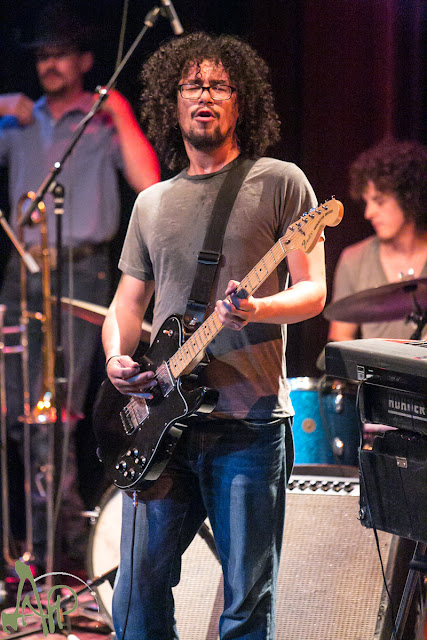 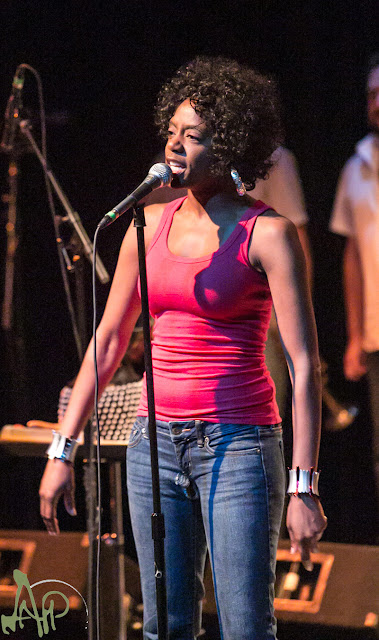 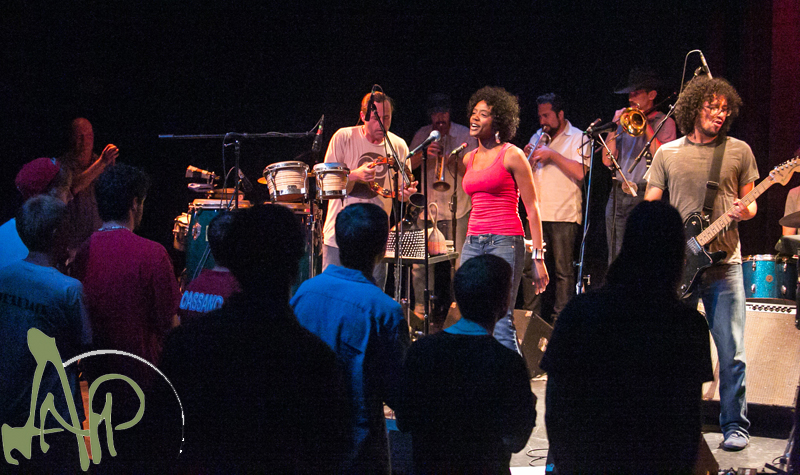 Niki gave me a couple of songs to shoot before inviting the crowd out of their seats to move closer to the stage. 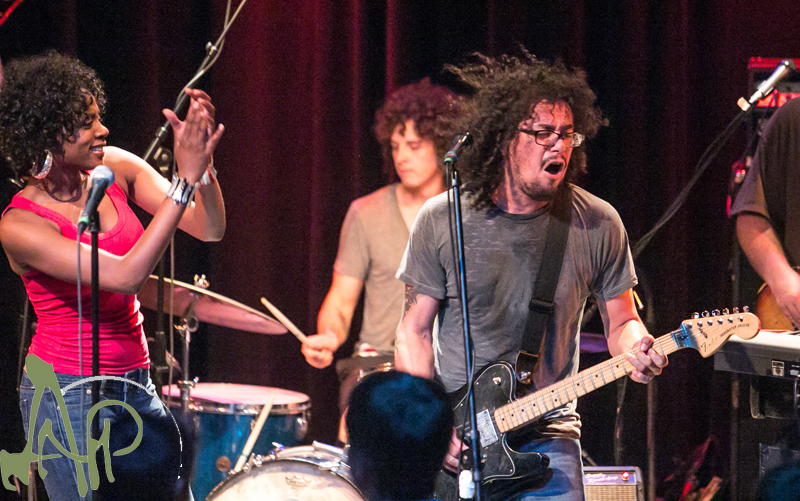 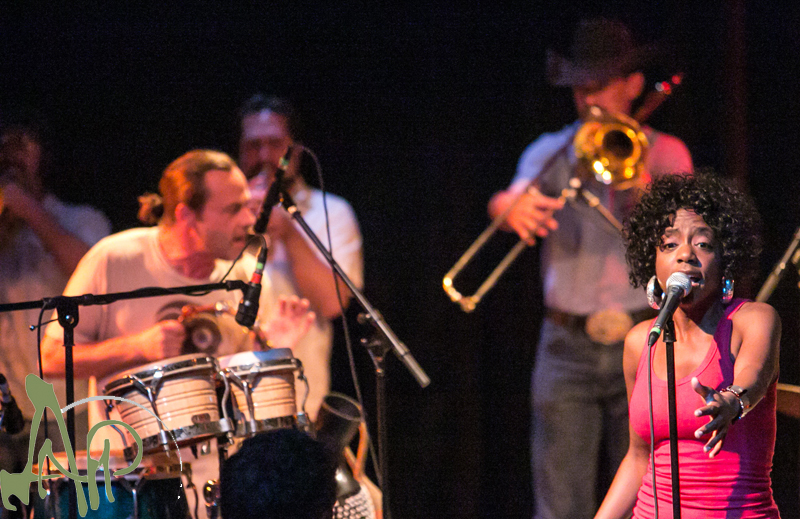 I was pleasantly surprised by the young crowd that came out to see the show. 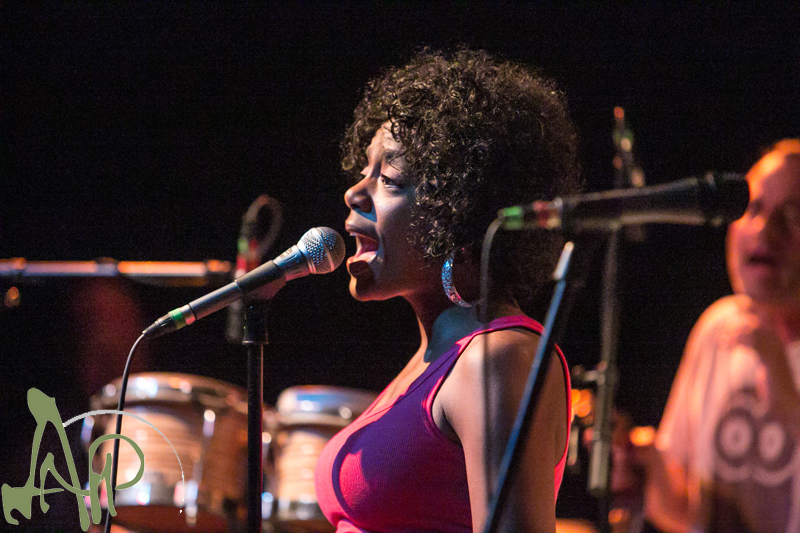 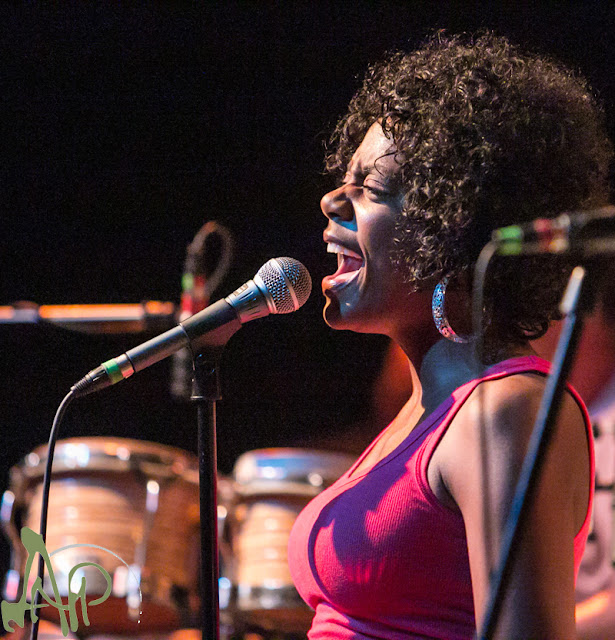 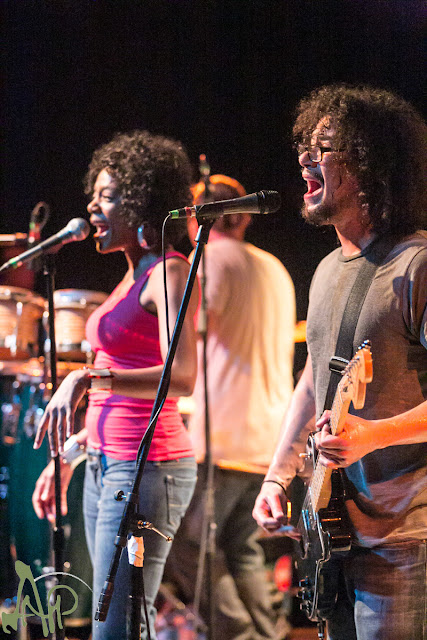 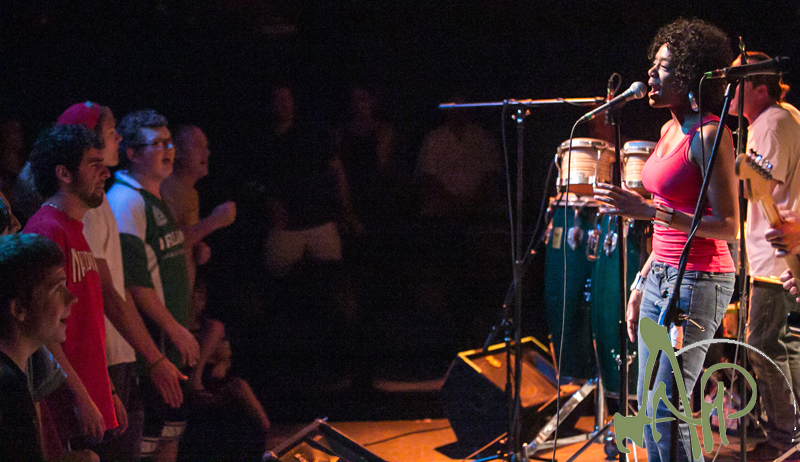 You really get a sense of how intimate this venue is, with a max of 225 people. 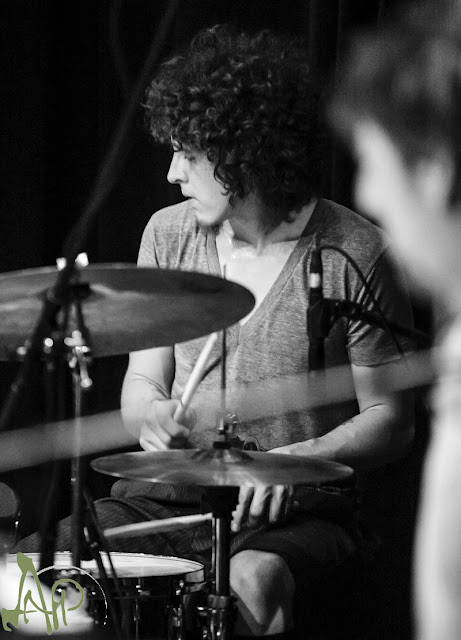 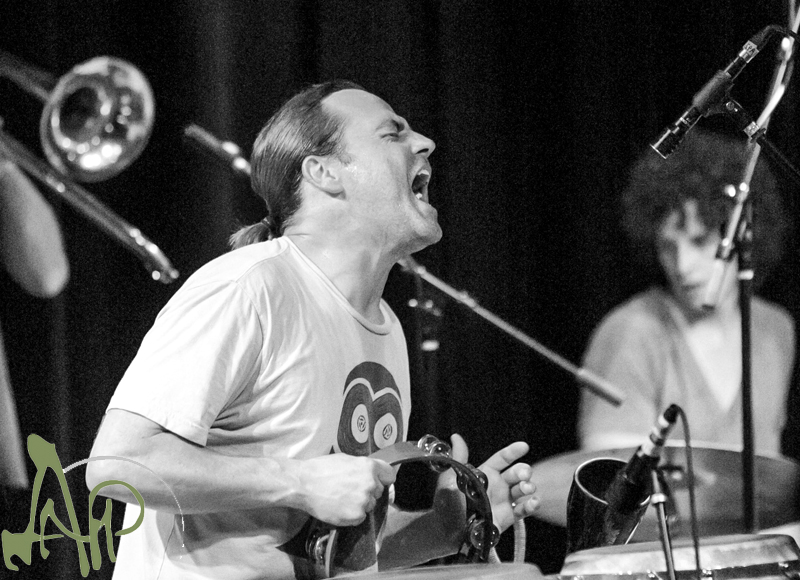 This was my first shoot with my new camera, the Canon 5D Mark III, and it's absolutely amazing. The light at Stage One isn't the best that I've shot under; it definitely has hot spots. I quickly dialed up my ISO, all the way to 25,600. (In case you're wondering, I keep my point and shoot camera to ISO 400 and my previous DSLR maxes out at 3,200.) Sure, there's a bit of grain, but nothing I can't live with. 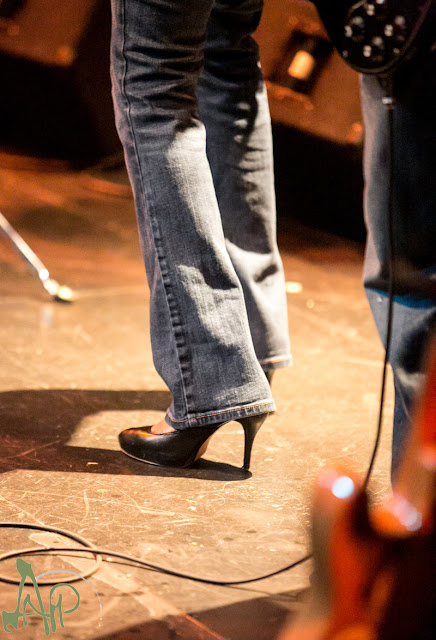 Here's the shoe shot of the night.

I liked shooting a band I didn't know a lot about because it allowed me to watch all of them equally. I always want to capture each of the band members doing their thing, as long as the light allows. My favorite shot, and the one used in the paper, is of the percussionist. The lead singer and guitarist always get covered, so I was glad to give a passionate drummer his due.

Part two will be up tomorrow, and you'll get a chance to see how I shoot a band I'm familiar with.
Posted by Audra Napolitano at 9:30 AM