For this week's Throwback Thursday post, I've chosen an infamous graduation picture. My personal facebook page icon has always been an obnoxious green box. When they changed over to timeline, I automatically knew what I would choose to accompany my green box. Few people outside my circle of friends know the story behind these images. Since this is my 300th(!) post, I thought I would give you a treat.

In 2008, I covered the Foran High School Graduation in Milford. There are four high schools in Milford, so the paper usually needs extra photographers. I had covered a few graduations before this, and most times, it's not a big deal. You show up early, take some pictures of the kids getting ready, look for any cool decorations, shoot the speeches, etc, etc. None of the other photographers wanted to cover Foran, and I couldn't understand why.

I was told ahead of time that I would not be allowed onto the field. I decided I would take pictures of the graduates walking to the field and see what happened when I got there. I walked up to the man at the gate, told him who I was shooting for and asked if I could go on the field. He had no problem with it. Another photographer from a daily newspaper and I walked in. You have to understand, I'm there to do a job and I'm respectful. I asked, they let me in. 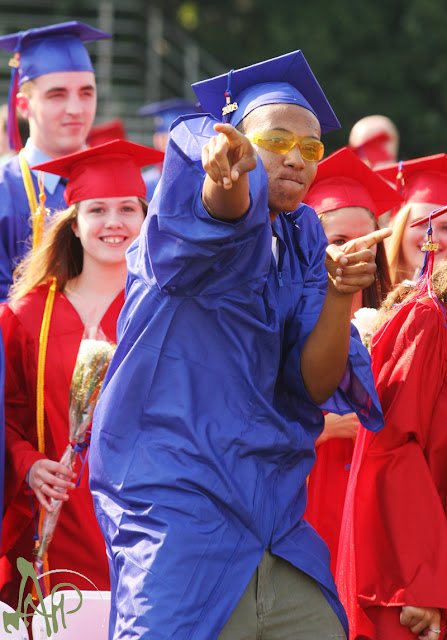 This was my favorite reaction shot and what we ran on the front page.

When there wasn't any action going on, I sat on the grass to not block anyone's view. If I wanted to get to the other side of the stage, I walked behind the graduates. I did everything I could think of to be respectful. I didn't even talk to the graduates to get names. I took pictures and when they called the names to hand out certificates, I wrote them down. I stayed for the hat toss then headed towards the gate. 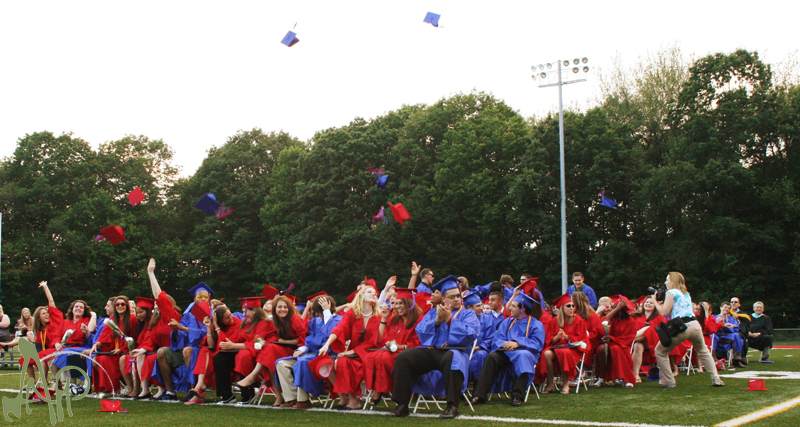 Notice that I chose to shoot this from a distance with a wide lens as opposed to the other photographer, whom I feel is much more distracting.

I was met by a woman, who I thought was just really excited. Most times when I shoot for the paper, a parent will come up to me and ask who I'm taking pictures for and if they can get a copy. I was prepared to divulge this information to said woman. She looked me in the eyes and said, "How dare you???" Confused, I asked her what the problem was. "I specifically told your editor you were not allowed on the field." I explained that I asked permission and both myself and the other photographer were allowed on. She pointed her finger at me and said, I kid you not, "There's no excuse....for YOU!"

Now I'm pretty laid back and composed most of the time, but I couldn't help myself. This was the most absurd thing ever said to me. I laughed. Looking back, it was probably not the best reaction, but it was too much.

The next day, my editor received an email. The woman, who was actually the secretary to the principal, referred to me at least five times as: The Photographer in the Green Shirt. She claimed that I stood out like a sore thumb with all the graduates in their caps and gowns. The editor of the paper and my photo editor stood up for me and told me I had done my job exactly as I should have. I still stand by my decision and for the record, my shirt was the color of the grass, so in reality, I was camouflaged perfectly.

Anyway, that's the story of how I became known as The Photographer in the Green Shirt. To this day, I have not covered Foran's graduation again. I bet you're wondering, 'Just how bad was the shirt, Audra?' because my readers are the inquisitive type. Judge for yourself... 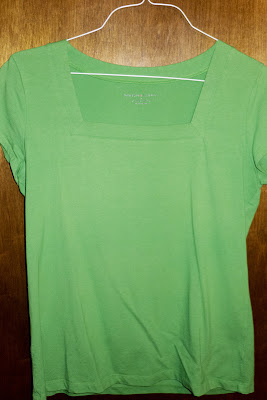 If they only knew that I changed into this shirt because it was far less obnoxious than the one I had worn to work that day! Thanks for taking the time to read this, and the 299 other posts!
Posted by Audra Napolitano at 7:20 AM

Email ThisBlogThis!Share to TwitterShare to FacebookShare to Pinterest
Labels: 300th post, graduation, Photographer in the Green Shirt, ridiculous situations I find myself in