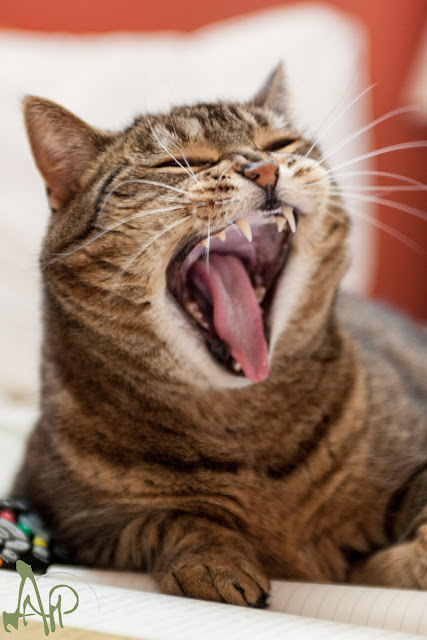 I'm proud to announce that Addy's been making the internet rounds again. This time she was featured on Derpy Cats. My favorite comment by far is: "don’t need to be online anymore. I found what I’ve always been searching for." The above picture was the one I really wanted to take and the one featured on Derpy Cats was the outtake.

In case you're keeping track, Addy and I are at an even two count for the year. (Addy: The Cat Scan and Derpy Cats, Me: Hotel Lights and Gotye) But I still say I have one up on her because of the Eels concert pictures from last year, and the fact that she's not even the one doing the work to make herself famous on the internet.
Posted by Audra Napolitano at 8:48 AM

Email ThisBlogThis!Share to TwitterShare to FacebookShare to Pinterest
Labels: Addy, caturday, Derpy Cats, my cat is more famous than me