Who hurts themself and waits two weeks before going to see the doctor? 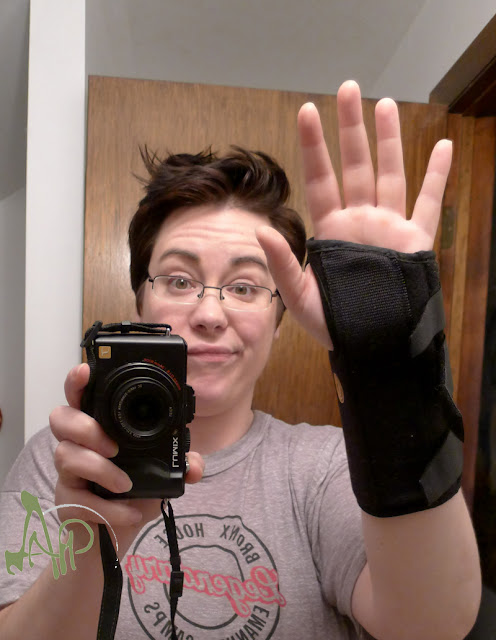 That would be me. And that's my awesome new brace.

So I sprained my DRUJ joint a couple weekends ago and it finally got to the point where I realized I needed to get it looked at. I have a fairly high pain tolerance; when I tore my ACL, I walked off the basketball court, but any time you see a professional athlete have the same injury, they crumple like a doll. I knew nothing was broken in my wrist, but I was starting to think there might be a fracture. The swelling was getting worse and I was starting to drop things for no reason other than my hand wasn't working. So I went to my orthopedic and he diagnosed me with this: 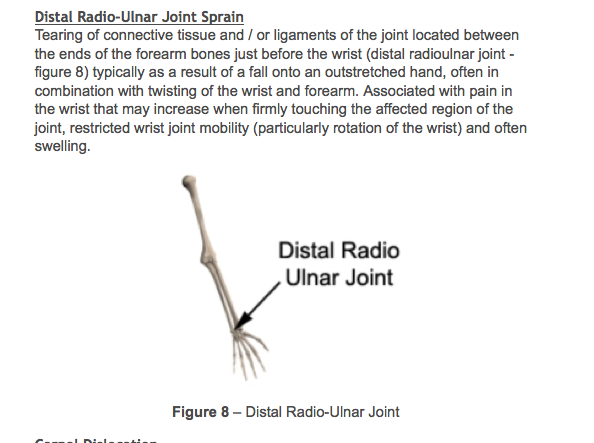 It was a typical case of trying to break my fall with my hand. I knew as I was doing it I shouldn't, but sometimes your body just reacts. In the future, I'm going to try not to fall, but if I do, I'm going to put my left hand down, darn it! I'm going to take it easy on the blogging front for the next week or so. I'll do my best to use the point and shoot for weekly photos, but definitely no SLR. Using the mouse left handed and typing aren't all that easy either. Whenever I start to get frustrated, I remind myself, I could've broken it and ended up in a cast for two months. I'll take the two weeks in the brace, thank you very much.

The funniest part of my visit was when my doctor looked at my right wrist x-ray, he immediately sent me back in to x-ray my left. He later explained that he wanted to "see what my normal was." His words! Turns out that my ulna bone is higher than my radius bone in both arms; they should be on the same level. Wonky eyes, hyper extendable joints, unlevel ulnas. Man, I sound like a train wreck!

Turns out I couldn't quit my orthopedic after all... (see number 8 on that list)
Posted by Audra Napolitano at 10:46 AM

Email ThisBlogThis!Share to TwitterShare to FacebookShare to Pinterest
Labels: druj joint, photo of the week