No, Jon Brion did not have a pep band with him at Le Poisson Rouge last weekend, but I'm sure he could've had a lot of fun with that. In order for me to fully explain my concert experience, I need to go back and tell you a little bit about myself. As you might have figured out, I love music, but what you might not know is that I also played. That would be me up there, third from the left, the one with the ram attached to her trumpet. That was taken in 1999, my freshman year at the University of Rhode Island. I was a member of the marching band and pep band. If you're one of the people that listens to my playlist over to the right, enjoy listening to the fight song, and yes, that is me on trumpet you're hearing. I began playing trumpet in the fourth grade; I think I was 10 years old. I could play pretty well, as you would expect after that many years of practicing. I'd say I was proficient, I had a decent amount of skill, but not talent. There are some things you know you excel at, and as much as I loved it, music wasn't one of those things. Don't get me wrong, I was playing first trumpet parts. I wasn't horrible. It just didn't come naturally to me. I hated jazz band because I couldn't improvise. I never felt the music that way. It didn't make sense to me. I could read music and play what was in front of me better than most of my contemporaries, but if you tried to get me to improvise, I'd freeze up.

That lack of talent on my part is what impressed me the most about Jon Brion. I have a vast collection of movie soundtracks which I put on a regular rotation on my iPod. Some days, when work is really bad, I just chill out to some instrumental music. It makes me think of my days in concert band. It makes me think of the brilliance of people that can create music like that from scratch. Not just the usual instrumentation that you'll hear at a live concert. Full orchestration, swelling strings, something you might not even recognize that makes a beautiful sound. That, to me, is pure talent, and it is rare.

This was the first time seeing him perform live, so I didn't know for sure what to expect. I knew that he played alone, I knew that he didn't work off a set list and I knew that he would ask the audience for requests. I listened to his solo album, Meaningless, and I had heard a few of his movie soundtracks. I can't claim to know all of his music, but I very much enjoy what I've heard. I know that the former Connecticut native usually stays on the West Coast and doesn't officially tour, so when I found out about his series of concerts in New York, I was determined to go to one. It was like nothing else I will ever experience. 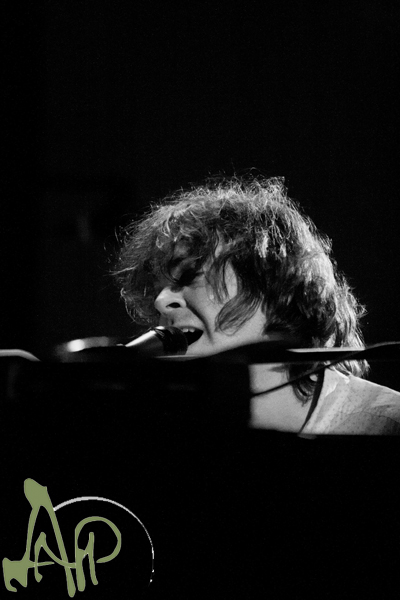 Brion played his own songs for about an hour. From my notes, this set opened with Noodling on Piano then into the theme from Mr. Rogers, a Wizard of Oz Medley then Ruin My Day. He hopped between piano and guitars for the first few songs then attempted his more elaborate set up. He'll start on drums and lay down a beat for a few measures. That is recorded and looped while he moves on to the next instrument. Then the next. It's rather impressive to see live. Unfortunately, the equipment kept failing the first few attempts. Brion was nothing but optimistic, even as the crowd got a little rowdy. He joked that the club owner groaned when he saw all the equipment Brion was loading onto the stage. His persistence paid off.


"Let that first chunk of the show be a reminder to you: You may find yourself in some place in life where you don't want to go forward. You think you know where it's headed and it's kinda important not to give up." His projectors finally came online, one showing an image of a conductor, the other a looping shot of a man at a piano. Sound came from those images as well as the piano Brion was seated at. After about 6 minutes of hauntingly beautiful sound, he transitioned into Voices, the closing track from his solo album. The track spanned on for 12 minutes, many of his songs go on for a while because of the track looping, but I was in awe for all 12 of those minutes. 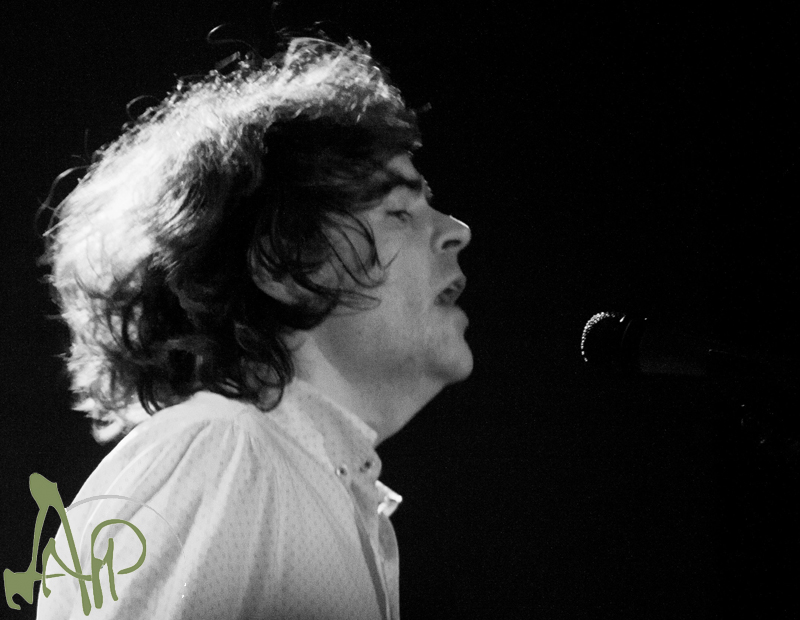 After that, he opened up his concert to the audience. It's completely bizarre to have a crowd of 500 plus shouting song titles, bands and/or genres at an artist. Bizarre, yet highly entertaining, and Brion continued to shine. He started out with an energetic cover of the Beatles And Your Bird Can Sing, getting into the music and shouting Fuck Yeah! to the approval of the audience. He went on to a tribute to The Boss with a mocking Born In The USA, laughing about how close he was to Jersey. The Prince medley of songs was hilarious. Brion allowed the crowd to sing lead while he took the harmony during When Doves Cry. He got so into that song, he continued past the chorus and tried to sing the verse. No one cared that he didn't know all the lyrics. Try to imagine karaoke on crack, and that will give you a better idea of this part of the show. Where else are you going to hear a version of Anarchy in the UK on chamberlin segue into a sonata version of I Wanna Be Sedated?


Brion busted out some Duke Ellington; he seemed most comfortable on the piano. He'd hum along to the music with this content grin on his face. You really got a sense of how much this man loved music and how much he loved sharing it with people. Of all the concerts I've been to, I have to say that Jon Brion was one of the best performers I've seen as far as engaging the audience. He cracked jokes about how "that guy was writing shit and Gershwin was going FUCK!!! Oh yeah? Well TAKE THIS!!!" and then fired off a Gershwin riff on the piano. "You kids SUCK!!!" 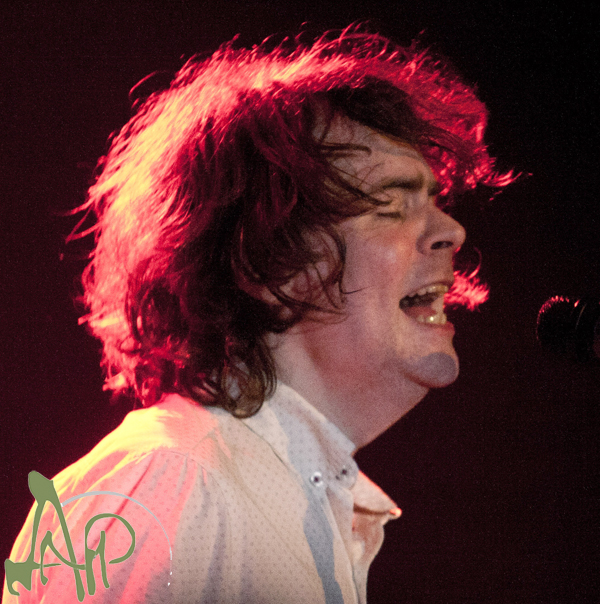 Next came my favorite moment of the show. I'm not sure if someone actually requested it, but Brion covered The Zombies This Will Be Our Year on xylophone. It's a beautiful song that I had on my very first version of my music playlist at the beginning of my blog. I switched players a few months in, so I just added it to my new playlist. It was a delicately handled cover that I enjoyed singing along to.


A few other random notes I took were that I was highly amused by some of the requests that were not played. Someone on the right side of the stage was requesting Alice Childress, a Ben Folds Five song, pretty random request. The guy right in front of me kept shouting Mark Everett, which made me chuckle. I wonder if he knew he was standing in front of a featured photographer for the Eels. Hehehehehe. 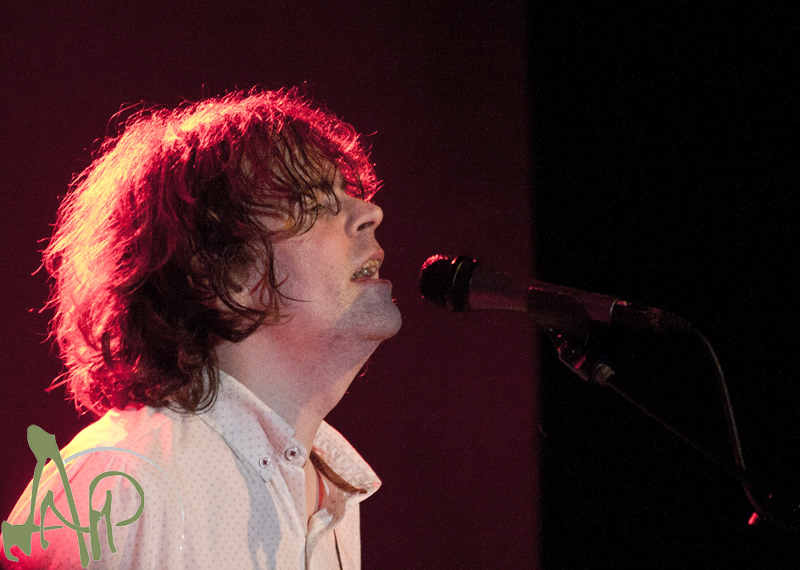 I went to the concert with my brother Nick, who's concert going trust I'm still trying to gain back after a disastrous Of Montreal experience. (It wasn't my choice, but I talked him into going. Yes, I can say that I've seen a horse on stage at a concert in New York, and no, I never want to see that again.) He described the closing song better than I could. "Around track 30, my brain started to fray." With all of his equipment now working, Brion busted out a 20 minute rendition of I Believe She's Lying, creating a wall of sound so immense, it was hard to take it in. The man danced between instruments, laying down two separate drum tracks, multiple guitar solos, bass, piano, celeste, xylophone, synthesizers, chamberlin, probably more. Both my brother and I said after the show that Brion looked like a mad scientist, but in a good way. He'd wave his hand at the synthesizer, causing the feed back to grow in volume and pitch with this ear to ear smile that spread across his face. You couldn't help but feel his passion. Even though I was stuck at the back of the crowd, it was as intense as being front and center. It was amazing and yielded my favorite series of images from the concert.

Brion accomplished something truly amazing; I felt like I was hearing the music inside his head, all at once. It was awesome, in the purest form of the word. And it ties itself back to the beginning of this post. The man is an artist and full of talent, in a way that I can only dream of. 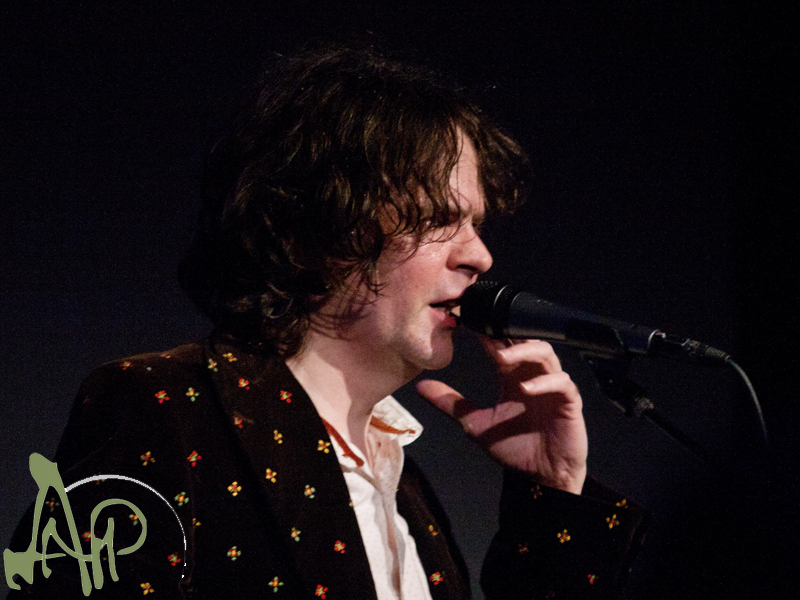 During his encore, Brion again thanked the audience for coming out. He was scheduled to play two more nights at the same venue, but said he was thinking about sneaking in a few more shows on the East Coast. If you weren't able to make any of these shows, guess what? He's playing again tomorrow, Sunday, October 9th, again at Le Poisson Rouge. It's a total bonus. I can't say how incredible this show was. If you can get down to the city, do it. I was tired the next day, but it was well worth it. 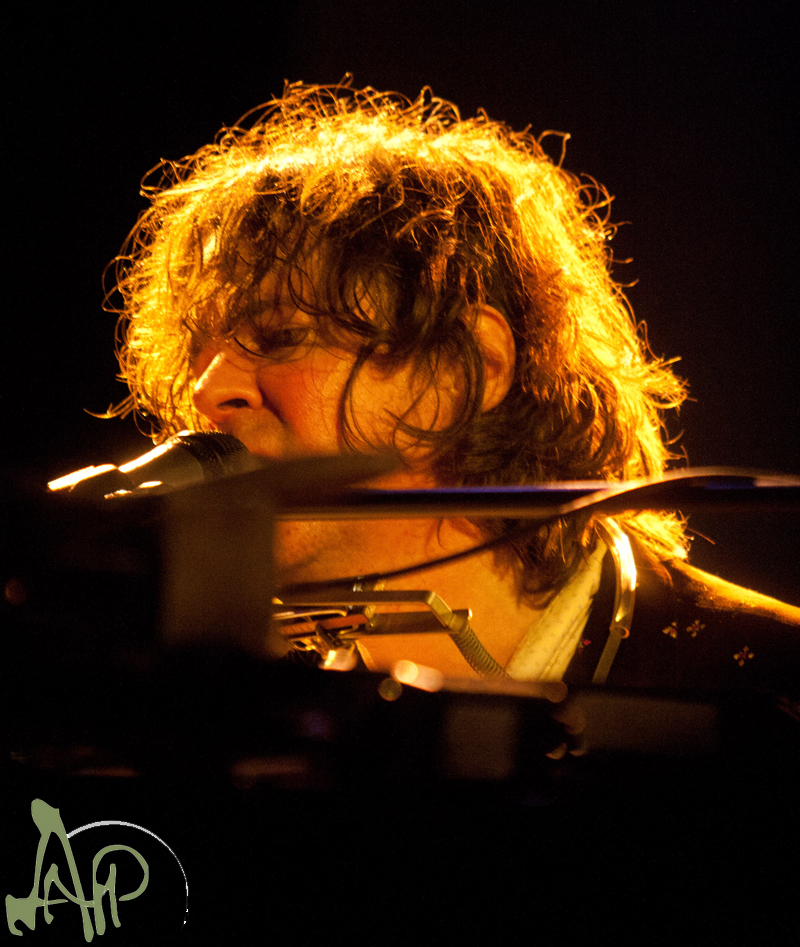 The only criticism I have is that I really would've liked to have seen him play at more formal venue. I really think Brion's music lends itself to groups of people seated at tables, bottles of wine and good food. All in all, it was a great Sunday.

Be sure to check out part 1 of Super Sunday here.

And for those of you that are new to my blog, feel free to check out other posts and visit my main site, with full collections of concert photos in the gallery here.

Posted by Audra Napolitano at 4:01 PM