Caturday with a concert coming up! 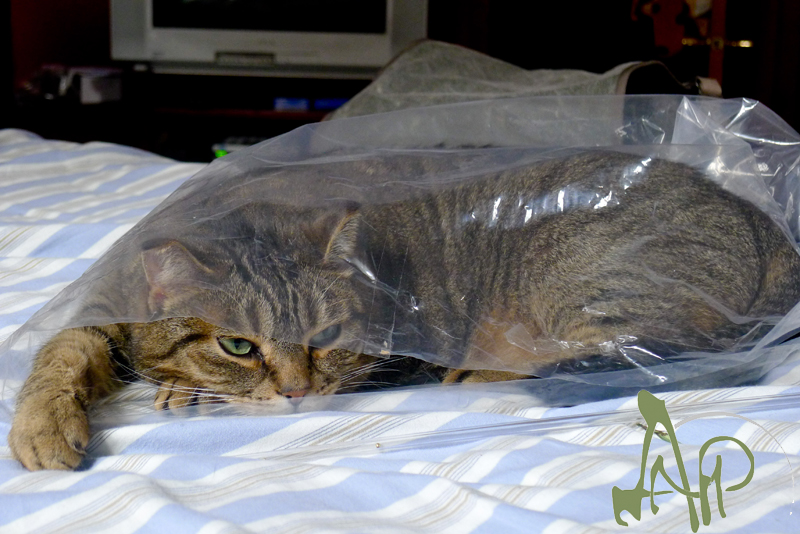 Addy enjoying the plastic bag that came along with my new ThinkTank camera bag.


I'm really excited for this weekend. I'm going into the city tomorrow for a show Sunday night, and as an added bonus, I get to hang with my brother and his family before hand. I've just finished backing up my new camera bag and I have to rant about it.
All photographers have an obsession with camera bags. We're constantly on the lookout for the perfect bag. I have to say, this one is pretty choice. I was looking for an unassuming bag that I could take with me into the city; something that didn't scream, "LOOK AT ALL THIS EXPENSIVE GEAR I'M CARRYING!" I think the Retrospective series from ThinkTank is perfect. I went with the Retrospective 20, because I wanted to be able to fit my 70-200 lens. On top of that, I wanted something that could fit my personal belongings for a day trip. I'm pretty amazed at what I can fit in this bag. 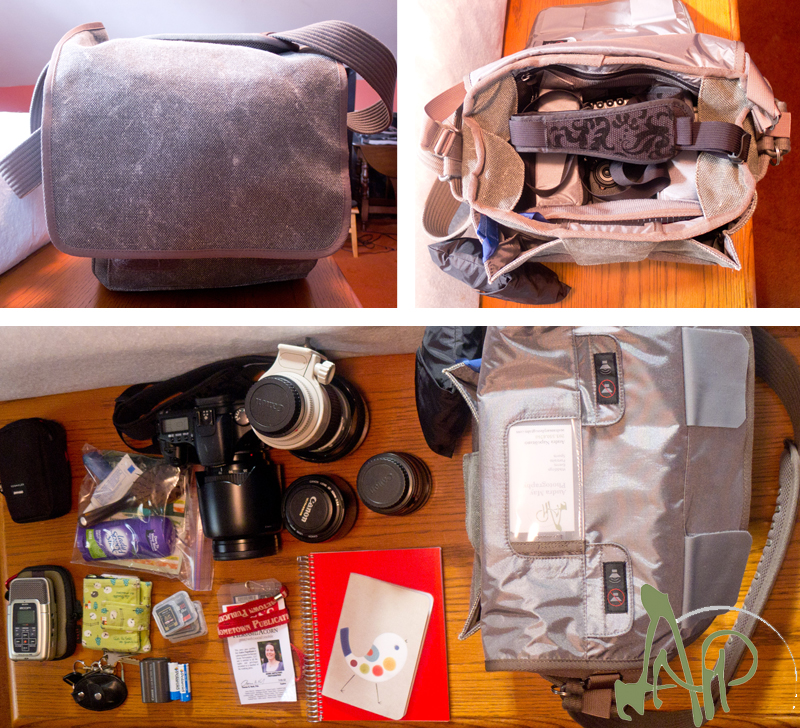 I've loaded up my Canon 30D with 28-70mm lens attached with lens hood, 70-200mm, 50mm 1.4, and 20mm. On top of that, I have room for my Lumix in its Crumpler case, H2 with case, wallet, 5 memory cards, extra batteries, keys, press pass, two notebooks and my bare essential toiletries: deodorant, hair brush, toothbrush and toothpaste, travel shampoo and conditioner. I'm also going to have my iPod and cell phone. And there is still extra room in this bag!
So, what am I going to see? My brother and I are going to Le Poisson Rouge to see Jon Brion. The Sunday show is sold out, but he's playing Monday and Tuesday as well, with tickets still available. You probably have never heard of Jon Brion, but I'm pretty sure you know his music. Besides being a ridiculously talented producer for the likes of: Aimee Mann, Fiona Apple, Rufus Wainwright, Elliot Smith and E/Eels, Brion does quite a bit of soundtrack music. You've heard his songs in: Magnolia, Punch Drunk Love and Eternal Sunshine of the Spotless Mind, to name a few. He's a musical genius. His father was the director of Yale concert and marching bands; I'm down with any musician that hails from Connecticut.
What really intrigues me is Brion's live performances. He doesn't have a set list. He usually doesn't have a band, although many musicians have made guest appearances. Brion will make up music on the spot and ask for the audience to make requests. The more outlandish, the better. Brion himself explains his show as "spraying musical Raid on the classics, until each dying song flips on its back and wiggles its little musical legs in surrender." I can't wait! I love artists that are unconventional. I've thrown a bunch of his songs over on the playlist. Have a listen.
Before the show, my brother jokingly suggested we go to a Medieval Festival. I know he wasn't serious, but man, how funny would that be? I would love to take a picture of Grace with a unicorn!  What could be better than Jon Brion's concert? Jon Brion playing at a Medieval Festival!!!
Woah...
Posted by Audra Napolitano at 4:03 PM