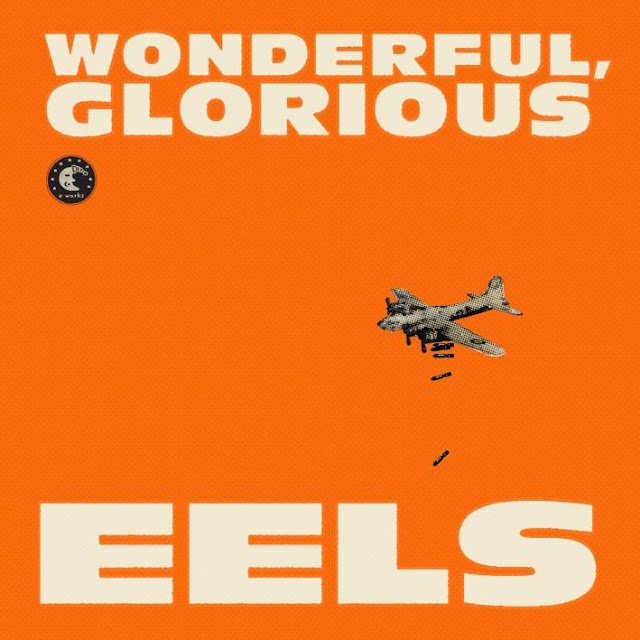 There are few things that excite me as much as the release of a new album from one of my top bands. I remember when I was younger, I used to rush to the store after school let out to make that purchase, rip open the shrink wrap and pop the CD into my car while I poured over the artwork and lyrics. To this day, I still get physical copies of music; I know, I'm strange. I also prefer to listen to an album in its entirety and will often ignore music videos and singles before the album is released. I am interested in the flow of the music from start to finish. Bands that have the ability to tell a larger story with a collection of songs impress me so much more.

Of all the bands I listen to, the Eels are my favorite. Hands down. What I enjoy most is the variety of their sound. None of the albums sound the same. While some fans are turned off when a new album is a complete departure from their previous, I applaud it. I don't want my music to sound the same. My tastes change, my influences grow and I expect a band to evolve in the same way. Would any of us refer to the Beatles as musical geniuses if they never moved past She Loves You, Yeah, Yeah, Yeah? Front man Mark Oliver Everett, aka E, has never shied away from sharing his deeply personal experiences through song. Be that death, divorce or joy. Personally, I find strength in that honesty.

The Eels released a trilogy of albums, in the span of 18 months, starting in June of 2009. They did two world tours following the final album in 2010 and 2011. I expected it to be a long time before we heard anything from the band. E has gone on five year stretches between albums and after such a flurry of activity, it made sense that he would take a break. I was shocked to hear about this album and subsequent tour in such a short amount of down time.

Wonderful Glorious is the tenth studio album by the Eels. The band is always described as an ever changing cast of characters with E as the creative force behind the music. Basically, E works with different people under the title of the Eels. A lot of the same musicians have been touring and occasionally recording with him over the past few years: drummer Knuckles, guitarist The Chet and bassist and producer Koool G. Murder. Over the past two tours, another guitarist was added: P Boo. For the first time since the early 2000's, the Eels feel like a band again as opposed to E with a bunch of musicians.

What struck me was how aptly they captured the energy of those last two tours in the new studio album. E realized what a strong band he had assembled and instead of taking complete control, he allowed others to contribute. The result is a feast for the ears. I like to listen to an album with headphones on the first time through so I can really catch all the sounds. My first note was that I couldn't believe how much was going on musically. It's loud. It's layered. It's driving. It feels just like their live show. Powerful drums, distortion, fuzz bass. The guitars have some interesting conversations, which I credit to the addition of P Boo. He and The Chet really feed off one another. Speaking of The Chet, I can't get enough of him on pedal steel.

I had a hard time recognizing some of the sounds and that to me is so much fun. After I listened to the album, I read a couple of interviews where E explains they were grabbing whatever was around in the studio. A rain stick someone had bought as a joke. Knuckles actually drums on a step ladder for one of the tracks. I have a fondness for old Nintendo game songs and the song You're My Friend is full of odd bleeps and boops that recall that childhood memory for me. I think I even caught some celeste action in there and I am always a fan of using sleigh bells in non-Christmas songs. The more I listen, the more I hear. The Turnaround is reminiscent of While My Guitar Gently Weeps. Some of the more positive moments on the album, are countered with jarring discord. Accident Prone is completely unsettling. Wonderful, Glorious creates a purely visceral reaction; I actually shiver at the guitar chords just after the chorus. I love when music elicits that response. Wonderful, Glorious as a whole is just as good blasting through the speakers in your car. You know it's a good album when you've reached your destination, but you keep on driving so you can listen to more.

The overall theme is about being painted into a corner and fighting your way out of that. That sentiment resounds with me right now and my own current struggles, which, ironically enough have to do with my attempts to photograph this band in their upcoming tour. I'm not completely down and out yet, but I, too am On The Ropes. And I'll keep on fighting until the last minute, which is often when things fall into place.


Besides the link at the top of this article, I've included the video to the first single, Peach Blossom, for you to check out. The freshly shorn band, they've been sporting beards so long certain venues actually required them to take out insurance on their beards as a fire safety measure, are playful and aggressive. I'm very excited to see these songs live. I think Stick Together would be a strong encore opener.

Below are some links if you'd like to purchase the album. The standard edition (13 tracks) is on sale for five bucks on Amazon. You can't beat that. The deluxe edition has 13 more tracks which include live versions of songs from their last couple of tours, an old fan favorite that's never been released, Brave Little Soldier, and a few other tracks that just didn't fit the feel of the album. Happy Hour (We're Gonna Rock) is amazing.

Posted by Audra Napolitano at 12:57 PM