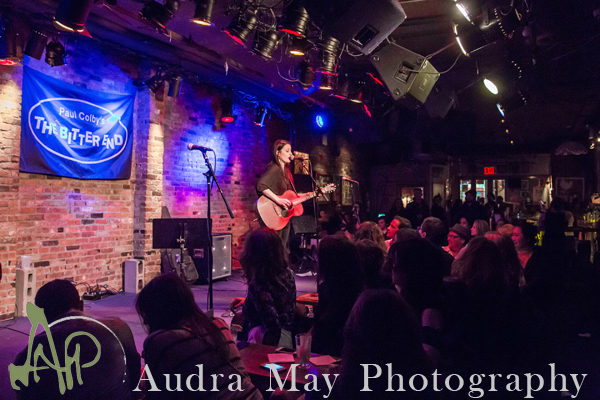 At the beginning of the year, I gave myself a goal of attending at least one concert per month. Jess McAvoy's show at the Bitter End not only filled my quota for the month of December, it also completed my entire goal. As a bonus, I spoke to Jess before hand and got her permission to photograph the concert.

I was introduced to Jess' music by Cris, a Wall-Nut admin I'd met after the Gotye concert at Radio City Music Hall. I am always looking for new music and I often turn to collaborations with artists I am already familiar with. I discovered the Punch Brothers and Yeasayer this year the same way. McAvoy is a singer songwriter originally from Australia and currently lives in Toronto. What I like most about Jess, besides her heartfelt music, is her blog. It's incredibly inspiring for me to read the words of another artist and her struggles. Jess writes about it so eloquently. Make sure you head on over to her website to read her blog. 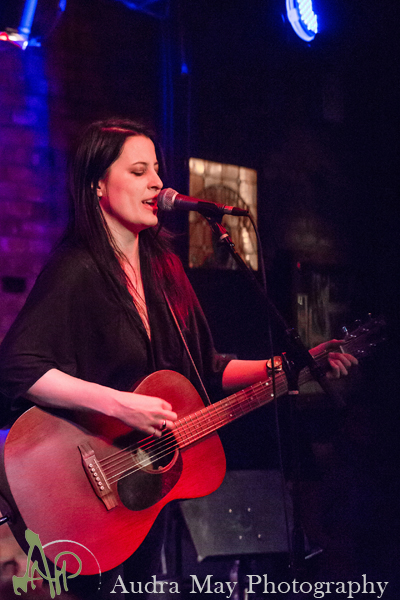 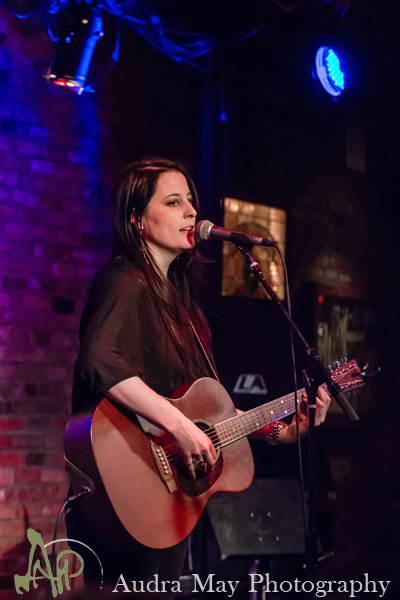 Of all the concerts I attended this year, Jess was the only solo performer. No backing band, no one to bounce interactions off of; just an amazingly talented woman on stage with her acoustic guitar. For me as a photographer, it was a different challenge. No pretty light shows; all I had to capture was the emotion of the performer. 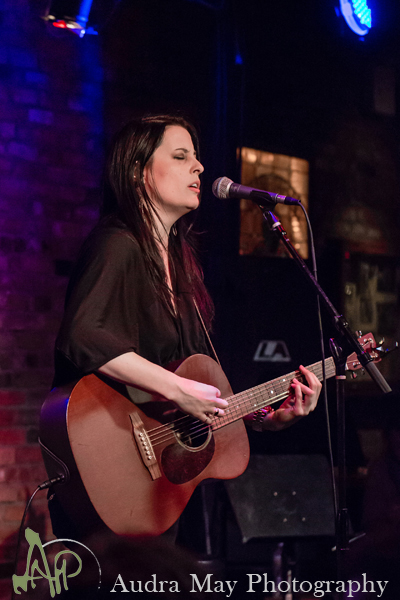 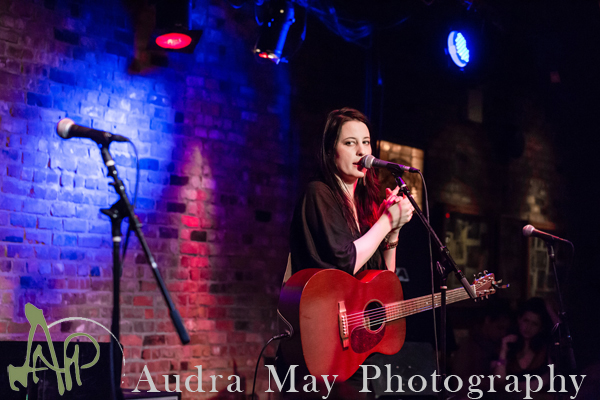 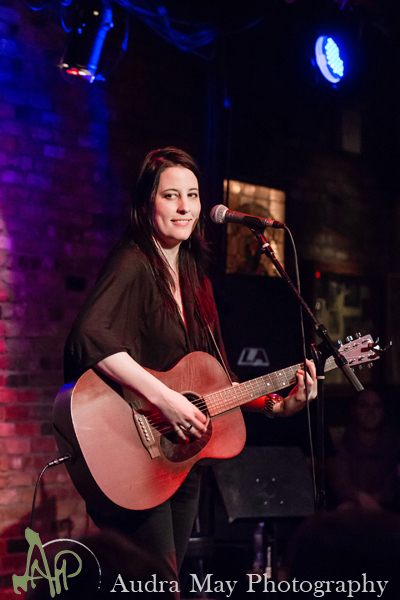 I've only listened to her 2008 album, As the Sun Falls, a few times so far. While I hate to compare artists, the parallel I drew was to Aimee Mann. McAvoy has the same wit and a beautiful voice. I also thought of Erin McKeown's effortless talent. All of Jess' music is available for purchase on iTunes or streaming through Spotify. 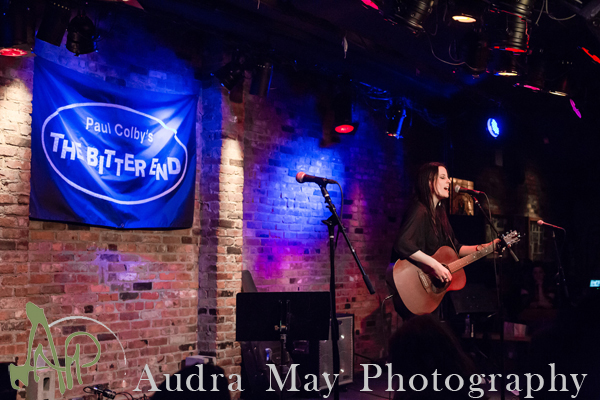 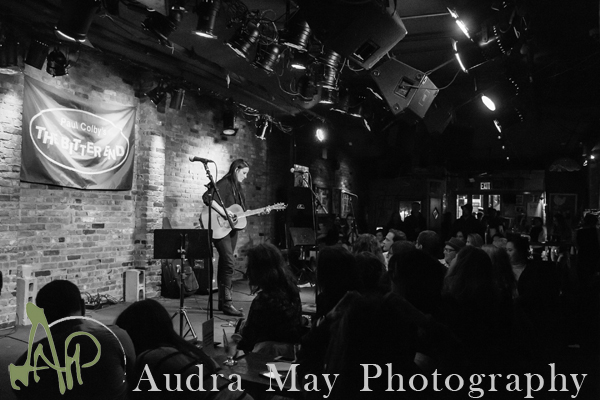 Every table at the Bitter End was packed. Fortunately, I found a nice little unobstructed nook where I could take pictures. 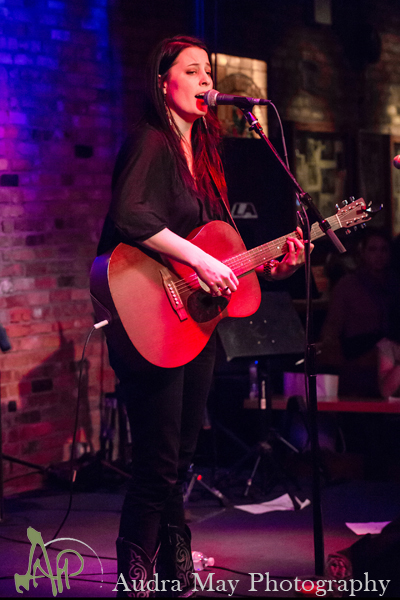 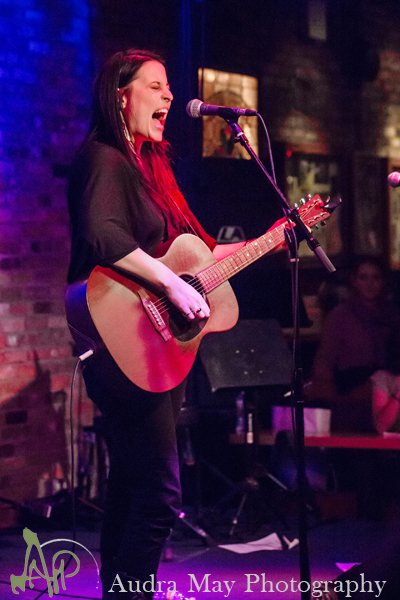 Any performer that can belt out notes gains my respect instantly. 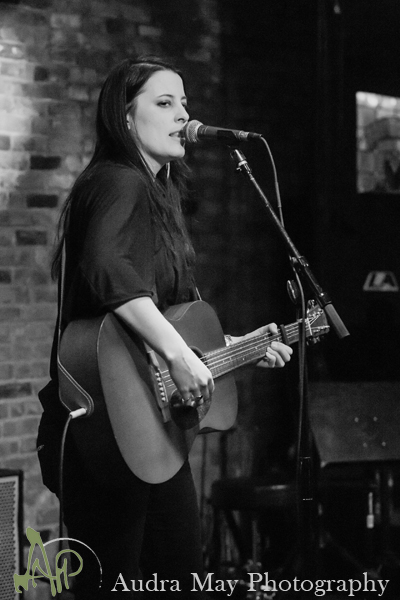 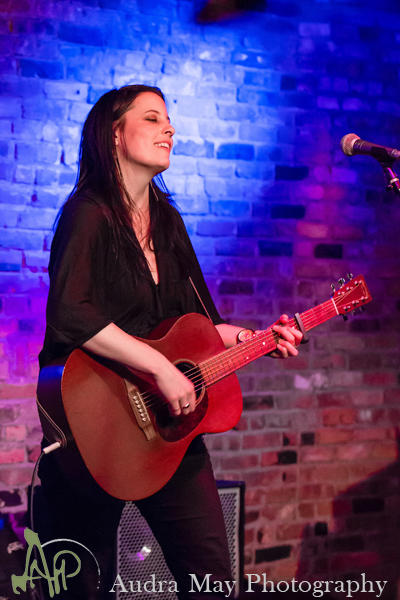 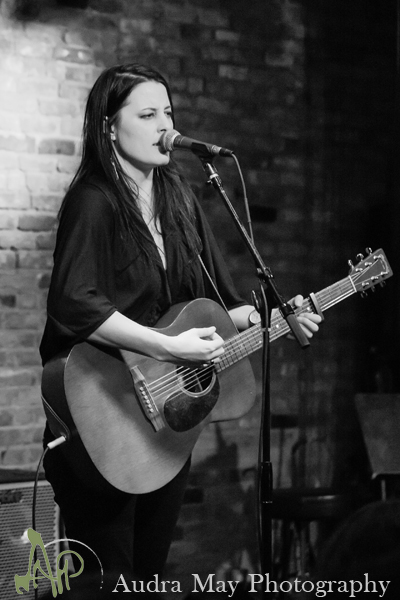 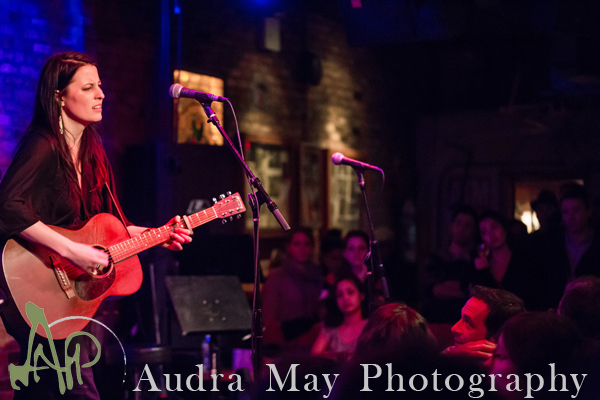 The contrast between Jess' face and the fan in the front made me chuckle. 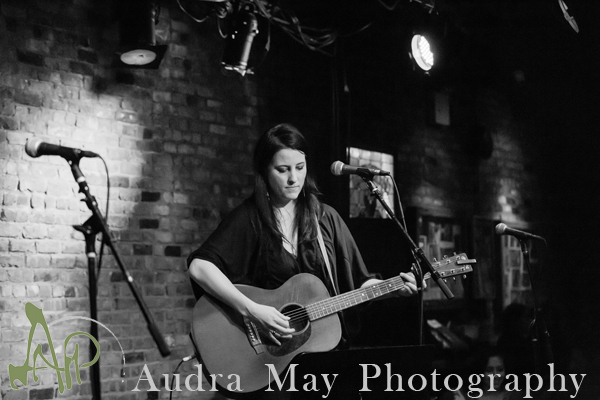 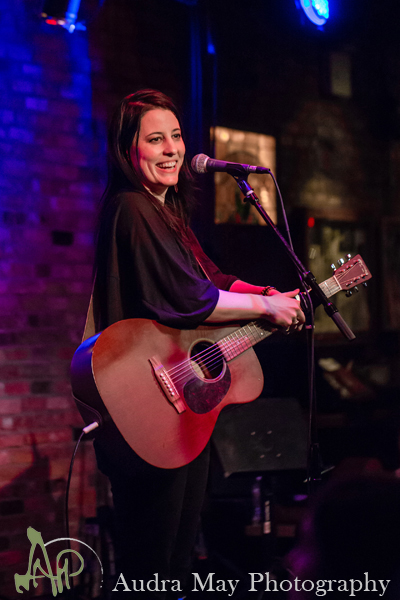 A nice smile while Jess was engaging the audience. 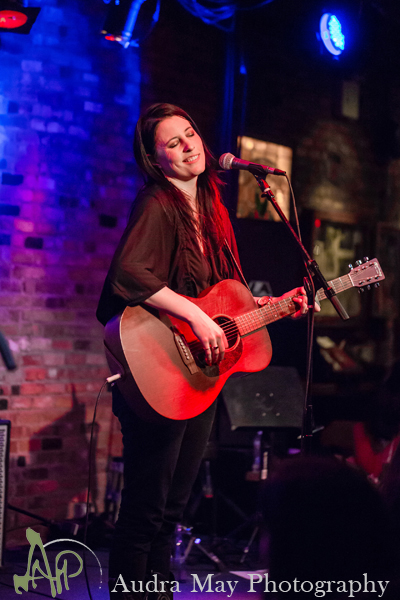 This shot was my favorite of the night: Jess channeling her inner Elvis. 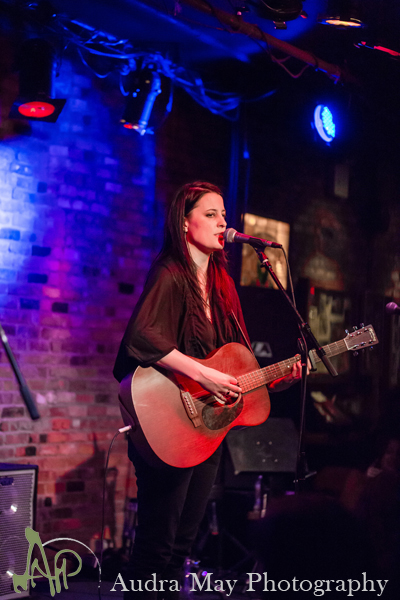 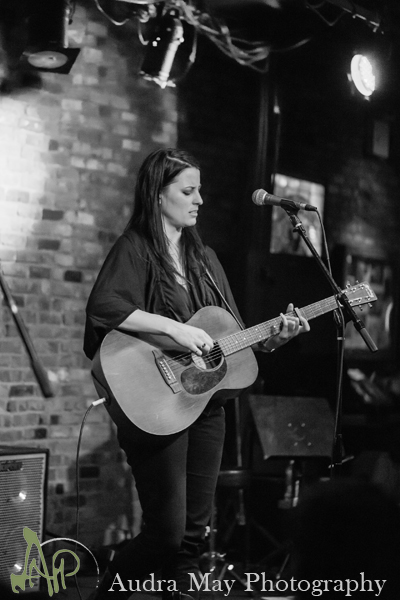 I'm still working on shooting video with the new camera. I'm not sure if my shutter speed is responsible for the banding in the light. Apologies if you find it distracting.

Thanks again to Jess for allowing me to shoot and to Cris for bringing me along to the show.  As always, I'll go out with the shoe shot of the night. 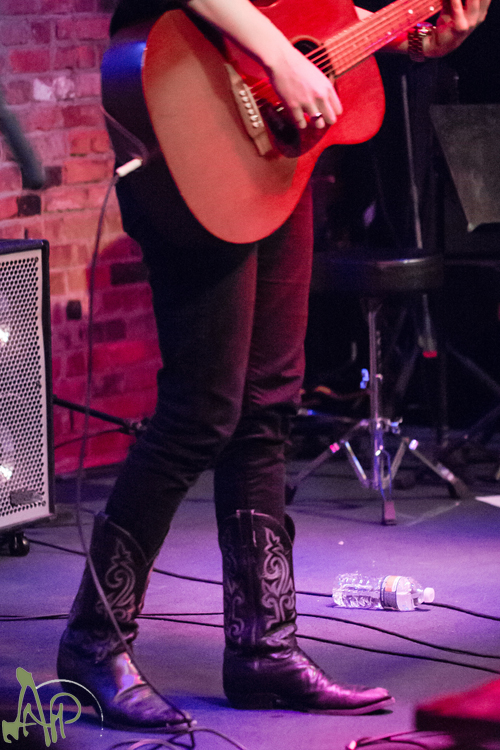 Posted by Audra Napolitano at 12:22 PM