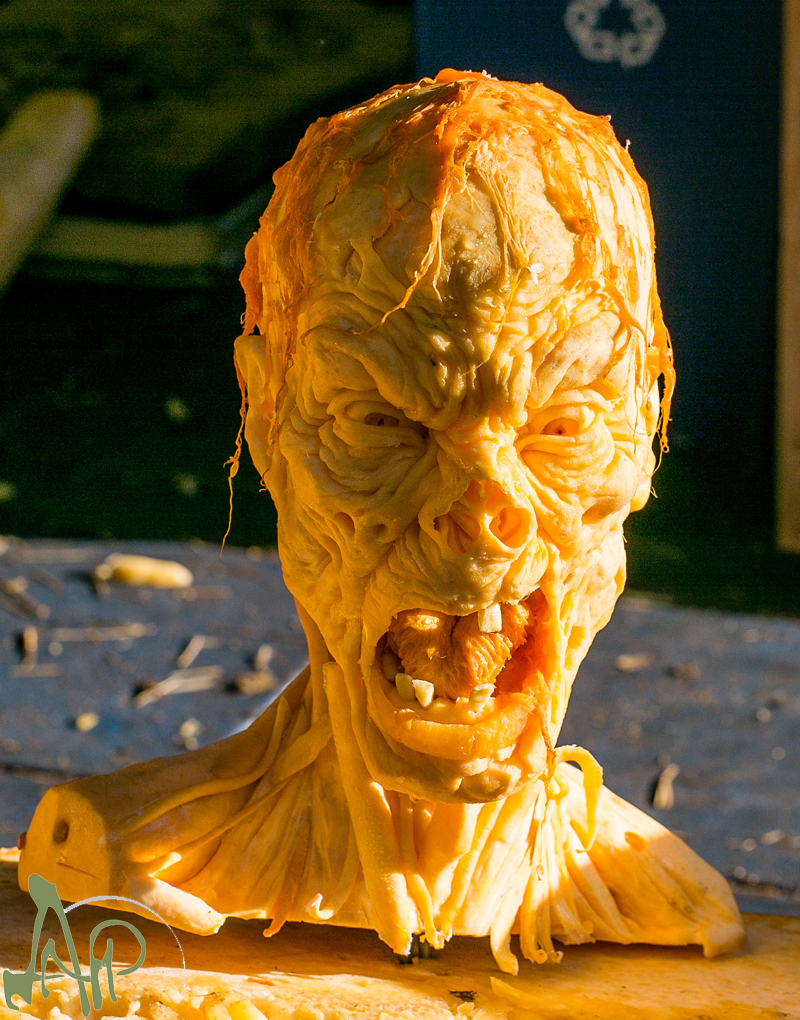 I went into the city on Saturday to check out the last night of the CMJ Music Festival at The Studio at Webster Hall, but first, I hit up the Giant Pumpkin Carving Weekend at the New York Botanical Gardens. The exhibit was still in the process of being carved and continued all day on Sunday. I took a few shots of what was around. The details were astounding. Just look at the tongue! To learn more about the exhibit, click here. 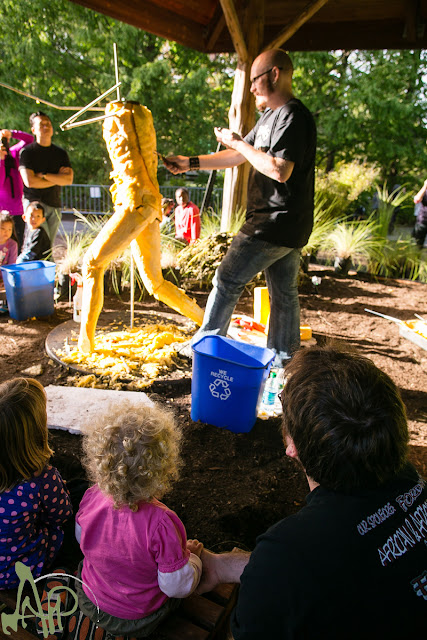 Andy Bergholtz was carving the back of the Zombie pumpkin when we were there. 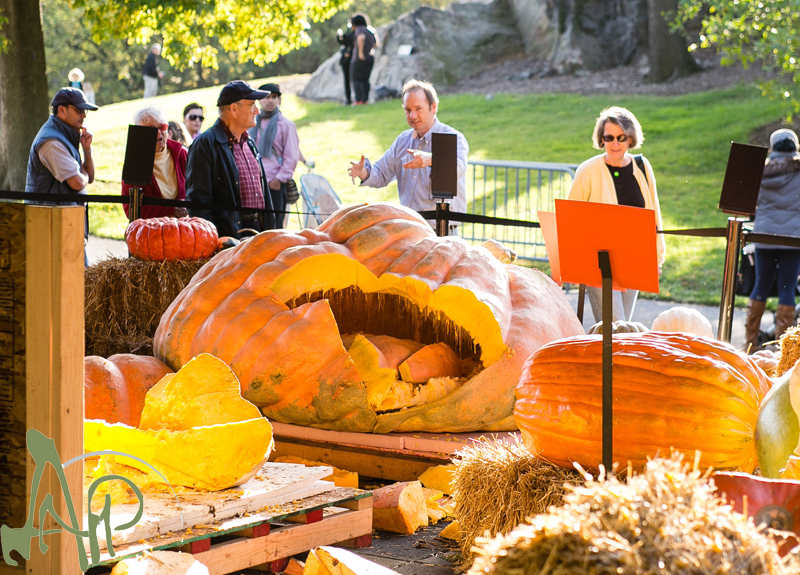 If you've ever wondered what an 1,800 pound pumpkin looks like, there you go. 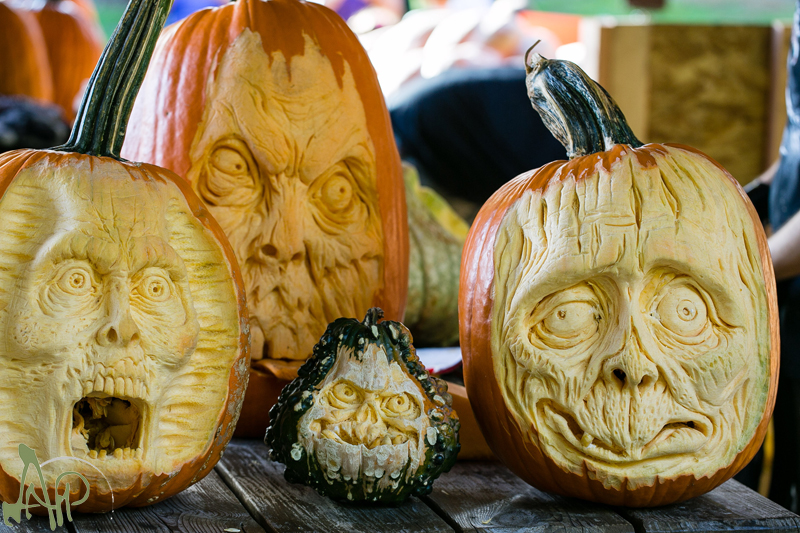 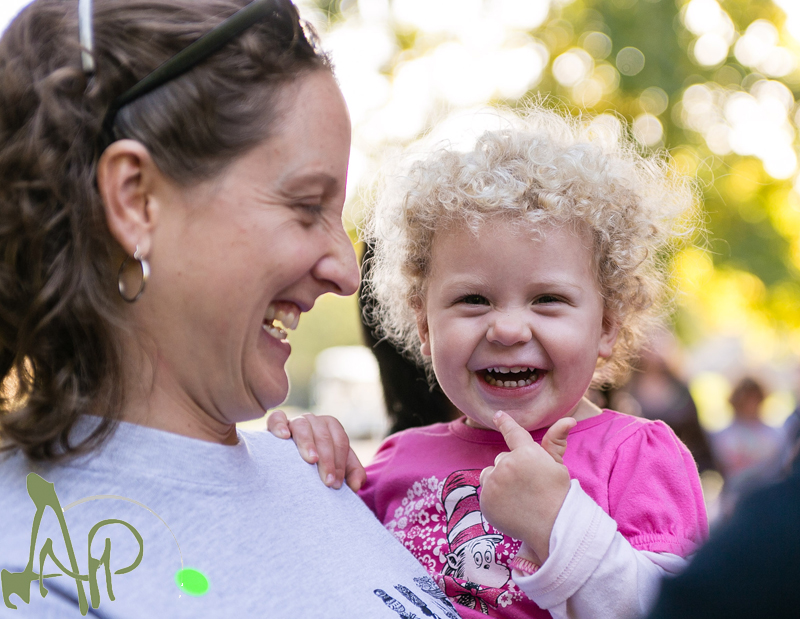 Grace was trying to imitate the pumpkin faces. 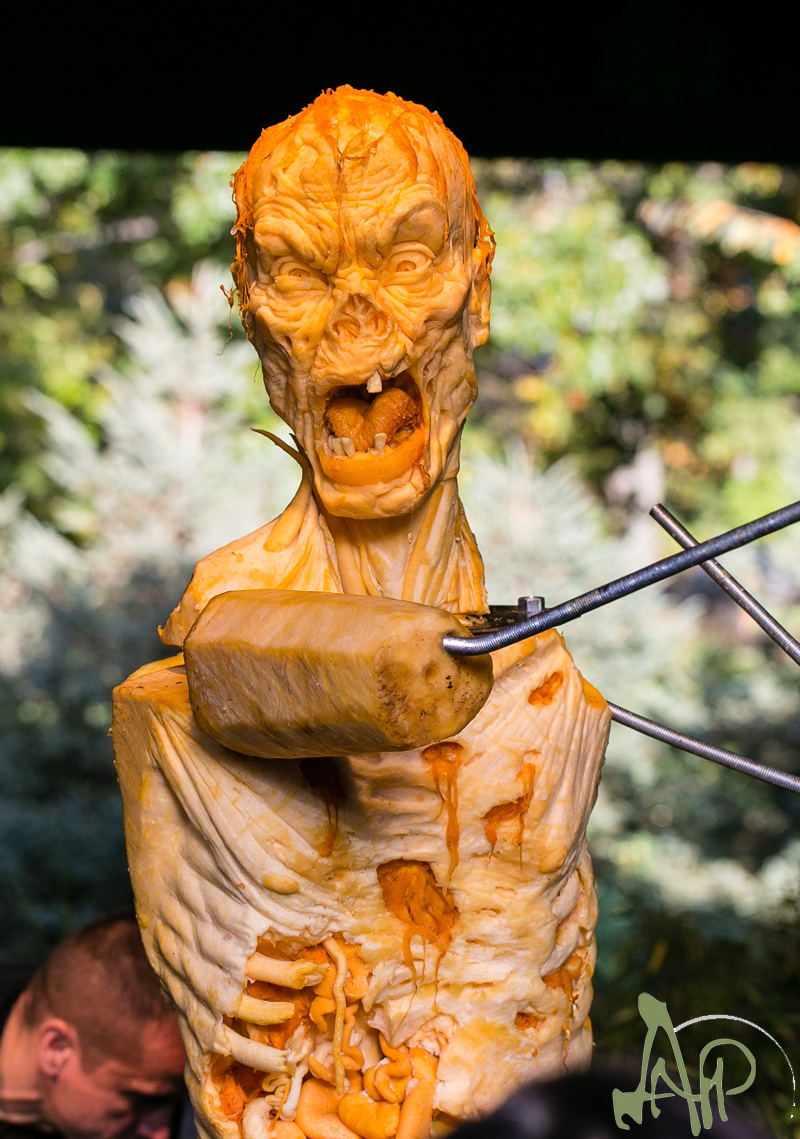 Before we left, they attached the head to the body. The amount of details in the guts was amazing. 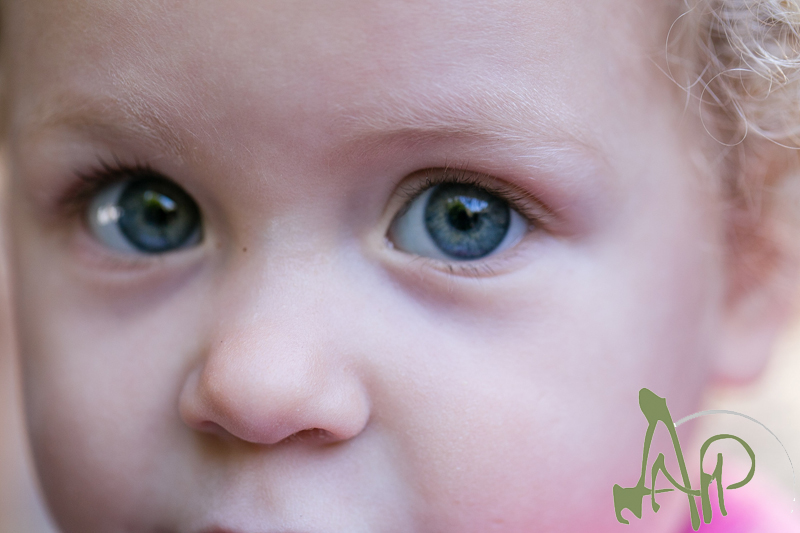 This is a fr EYE day out take. It's really difficult to get young kids to stay still enough and quickly focus on the eye. I missed focus, but I still thought it was a cute picture. 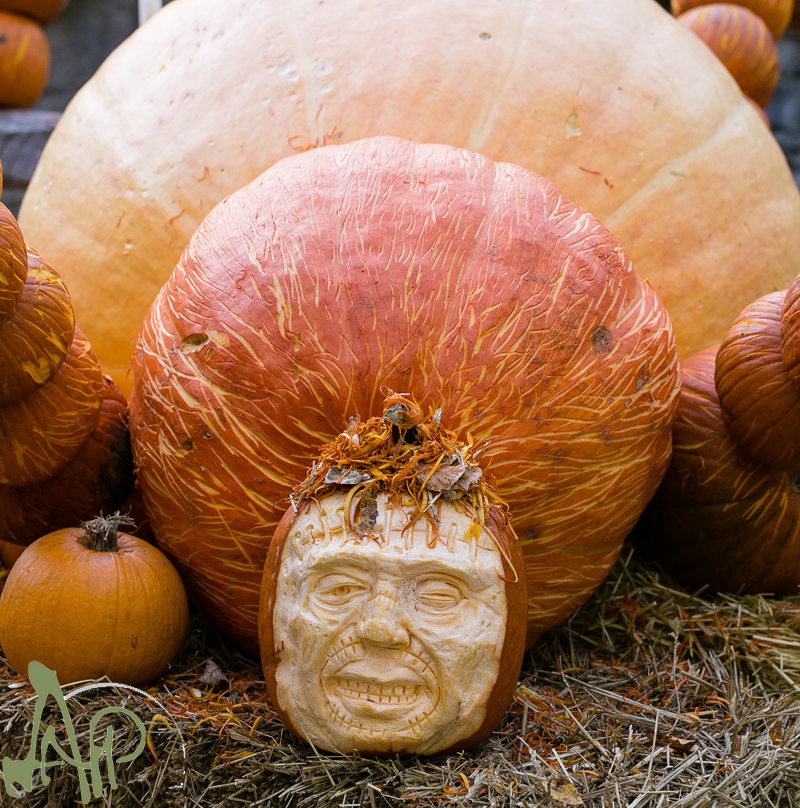 Over at the Everett Children's Adventure Garden, there were lots of carved funkins. This is a detail of the spider creature they made. 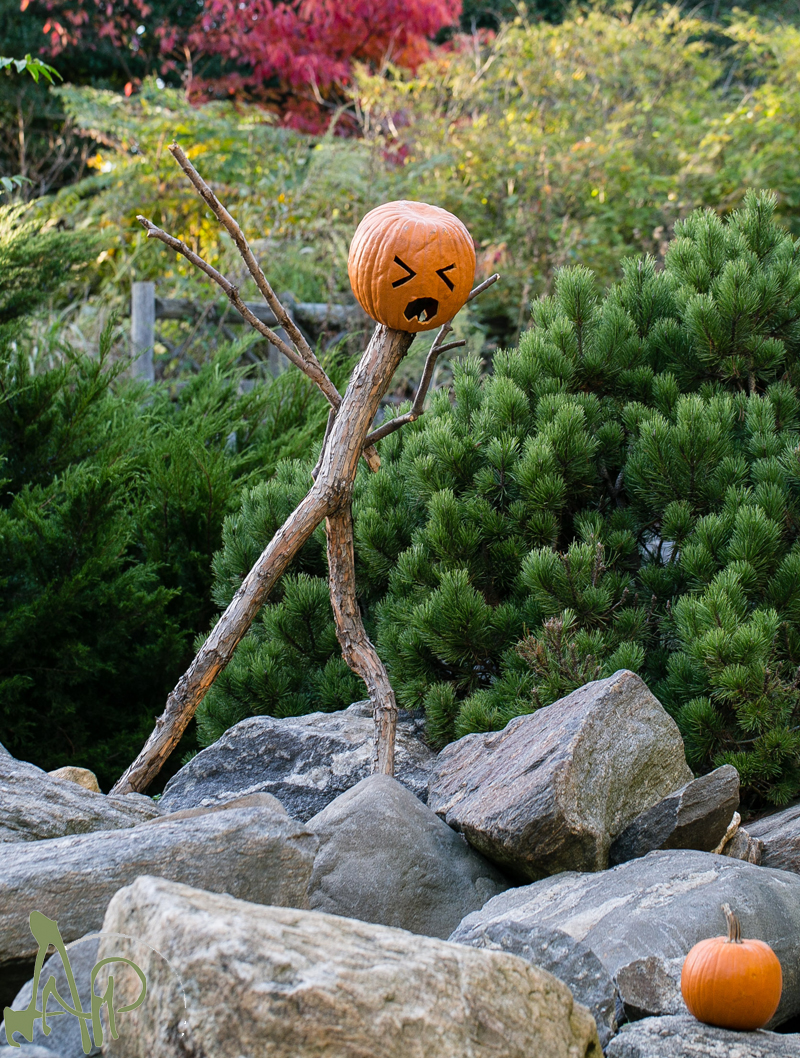 I loved the emoticon expression of this guy. The exhibit will be up until the end of October. Andy Bergholtz explained that the final sculpture would have the zombie he was working on, pulling other zombies out of the ground behind him with vines. If you can get down to the Botanical Garden before Halloween, make sure you take some pictures for me and pass them along!
Posted by Audra Napolitano at 11:13 AM