My 2011 concert experiences ended with a bang last night. Noel Gallagher's High Flying Birds were incredible. I've been waiting for Gallagher to start a solo career since I was in high school. Finally free from his brother's unprofessional antics, Noel really shines. He put together a great show, visually pleasing, good light for shooting, with a string of songs that kept the audience singing along the entire night. I ended up attending this show by myself, but I really felt a connection with the fans around me. It was a great, warm atmosphere that I wasn't expecting.

As I waited for the show to the main act to take the stage, the lights came up, allowing the audience to get a good look around the Beacon Theater. It is an incredible venue that you really need to experience. The intricate Art Deco sculptures and facades were absolutely beautiful. While the majority of the audience checked social media sites on their smart phones, my eye was trained on the five photographers on the floor. They were corralled along the left side of the stage, chatting with each other as they waited. I would love to be included in their ranks, but at big shows, the press is escorted out after three songs. I can't understand that; some of the best shots happen later in the evening. It's a trade off for me. I didn't have my SLR, so my shots aren't the best I can produce, but I have images that "official" photographers don't. Still, I'm thrilled that I had a camera with me, and I'm happy with what I have to share. 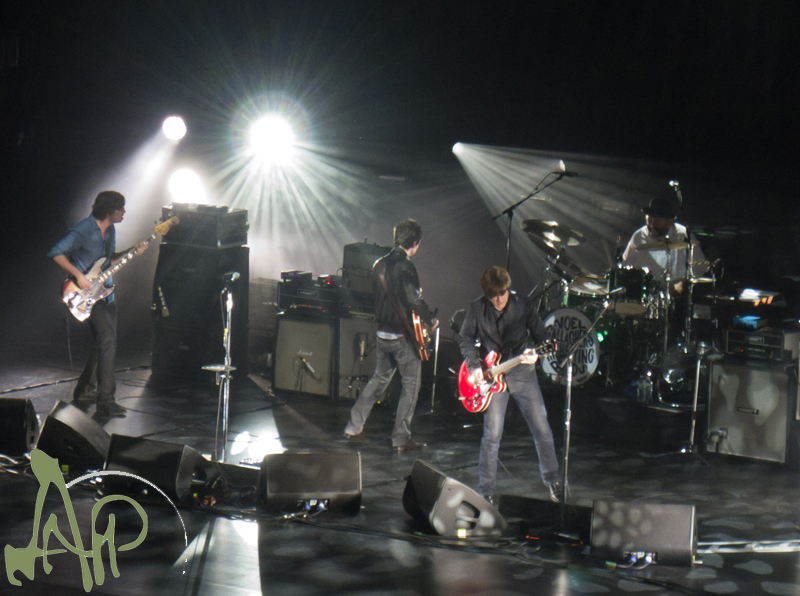 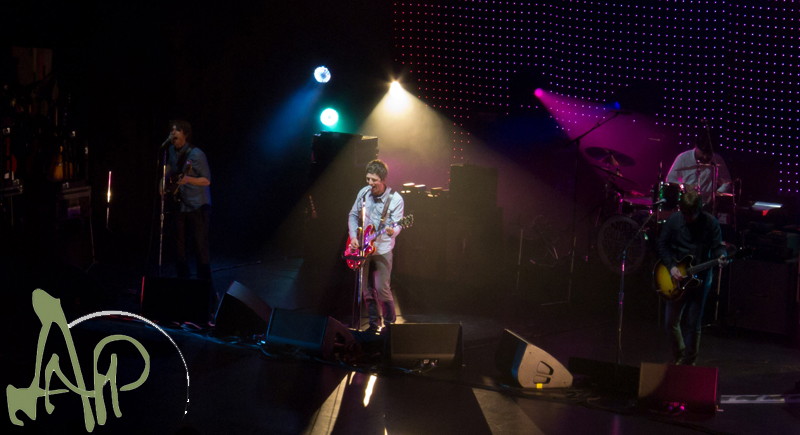 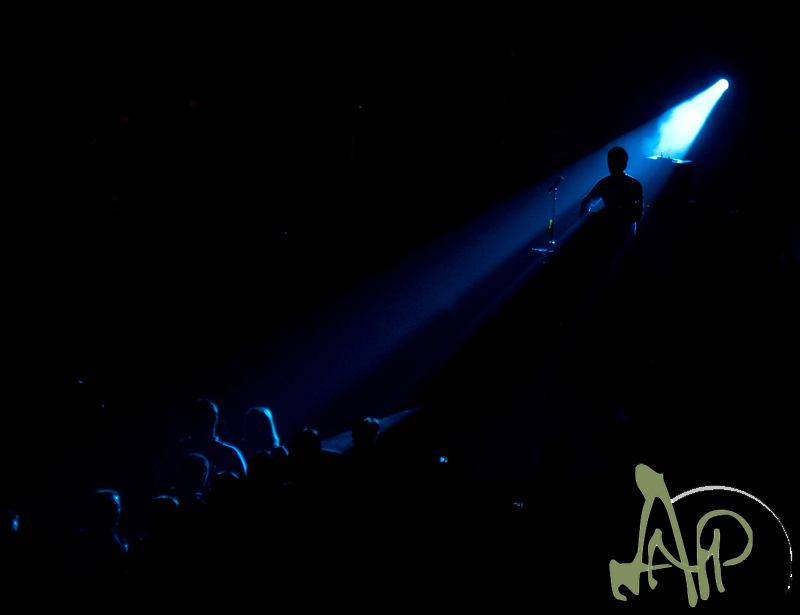 One of my favorite shots of the night. I've always had a fondness for silhouette shots, but this one really struck me. The band left the stage as Noel did acoustic versions of Wonderwall and Supersonic. Both songs were striking, and the dramatic lighting was perfect. The lights remained low for this set, as you can see in the photo below. 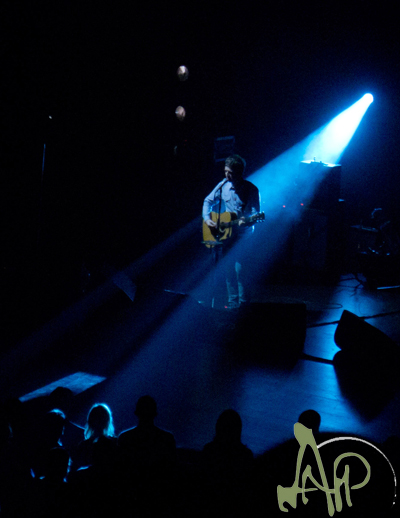 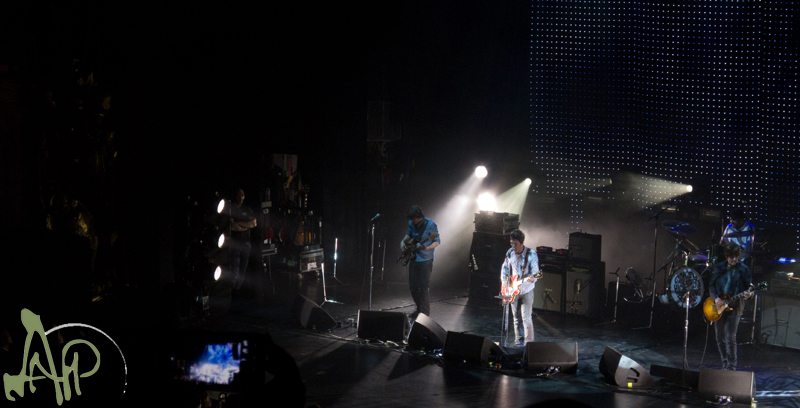 I was trying to do a crowd interaction shot here. This is what you see when you go to a show these days: everyone trying to capture an image with their smart phones. Just look around the next time you're at a concert and you'll be looking at a sea of LCD screens. I wonder what it looks like from the musician's point of view. 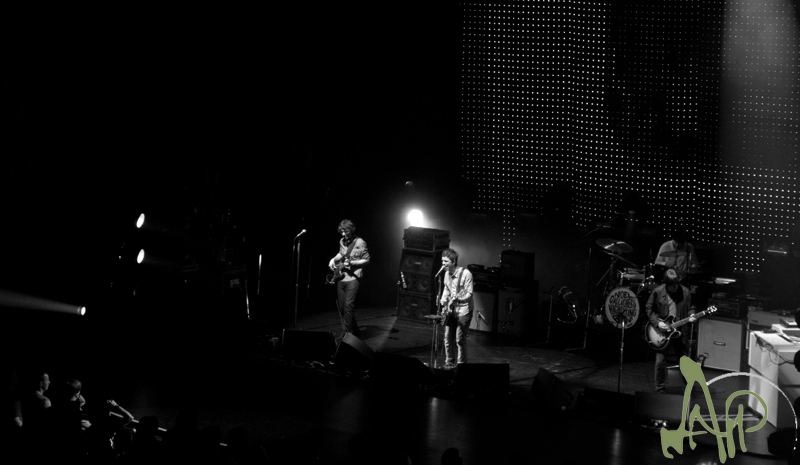 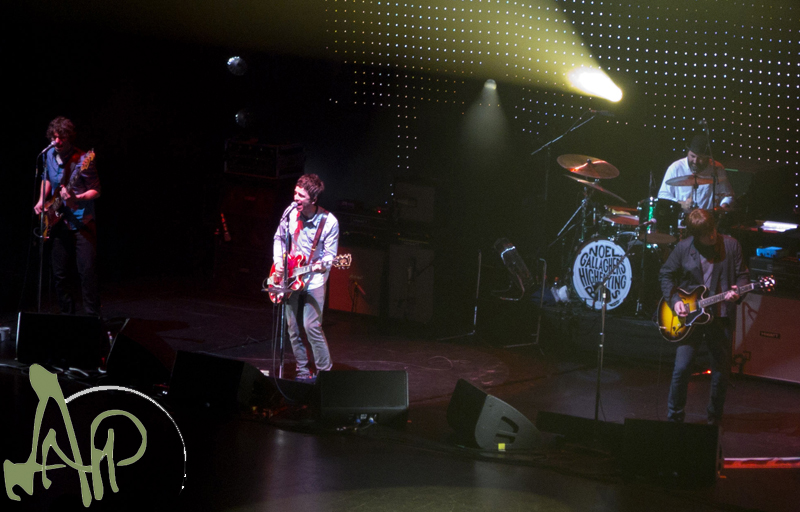 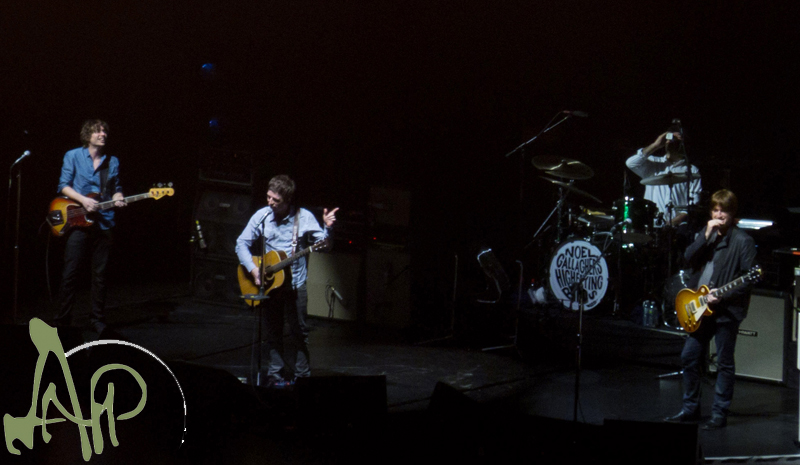 Noel doing band introductions. He explained that his guitarist somehow managed to trick him by masking his American accent when he auditioned. 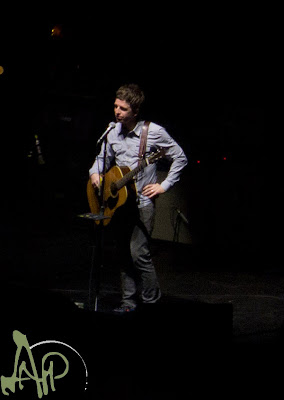 I was pleasantly surprised with Noel's interactions with the crowd. Oasis, more so Liam, had a bad wrap for being stuck up. I didn't find that with Noel. He poked jokes at the fans in the front and seemed genuinely happy to be there. He commented on our cheering, really liking the Noooooo-elllllll the British fans from the balcony started. 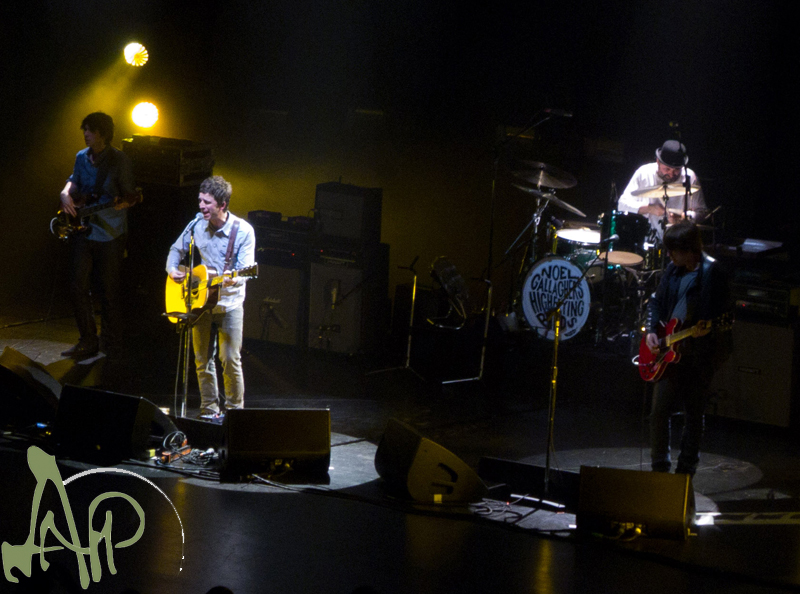 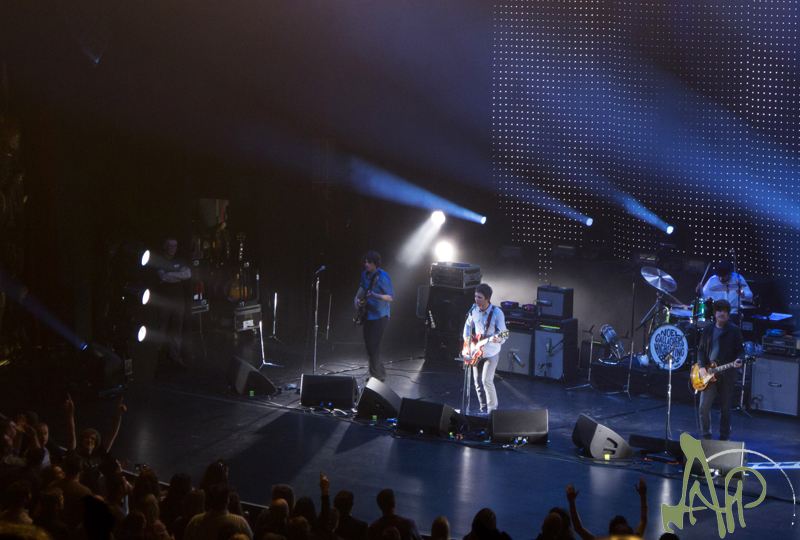 During the encore, the right side of the first balcony got very rowdy. I was fortunate to be in this section with a bunch of fans that were singing along the entire concert. When Noel came back and played Little By Little, our section erupted into cheers and jumped to our feet. I managed to snap this shot right before, and I love the interaction with the fans in the front, cheering on our cheering. 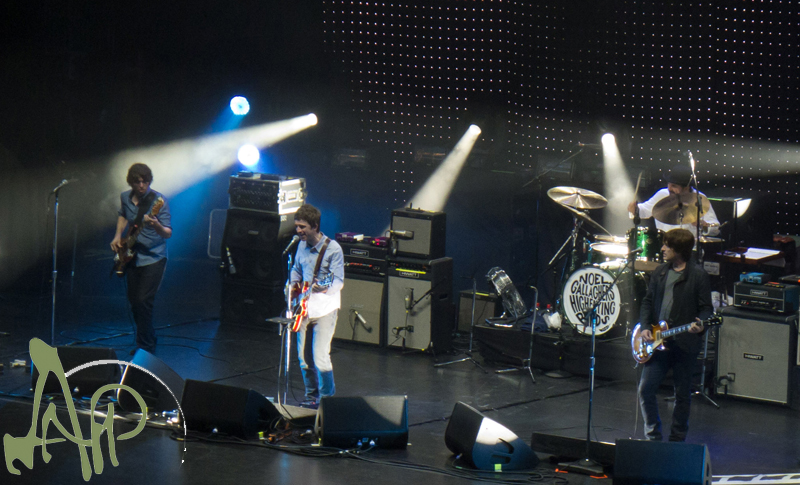 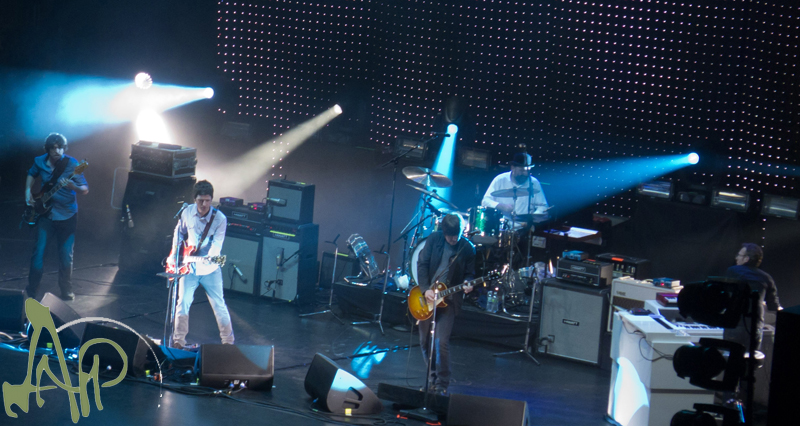 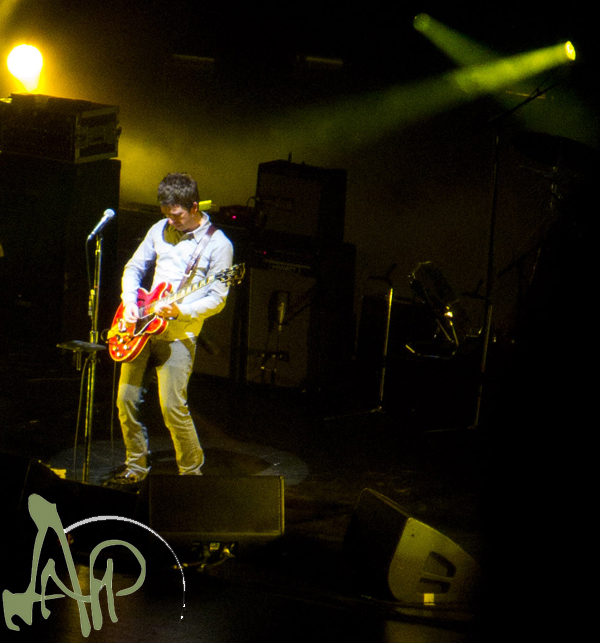 I waited all night for it, and in the last song, Don't Look Back In Anger, Noel finally took the lead. This is the quintessential Noel Gallagher shot. It was strange for me to see him playing rhythm and acoustic the majority of the night because he is such an amazing guitarist. 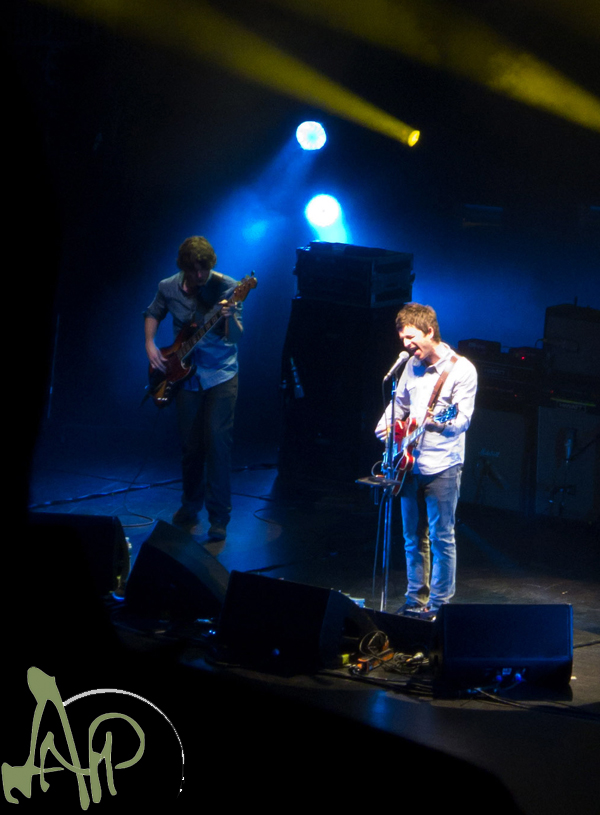 Oh man, I never thought I'd find another shot to rival E's howl picture, but I did. Love the intensity. 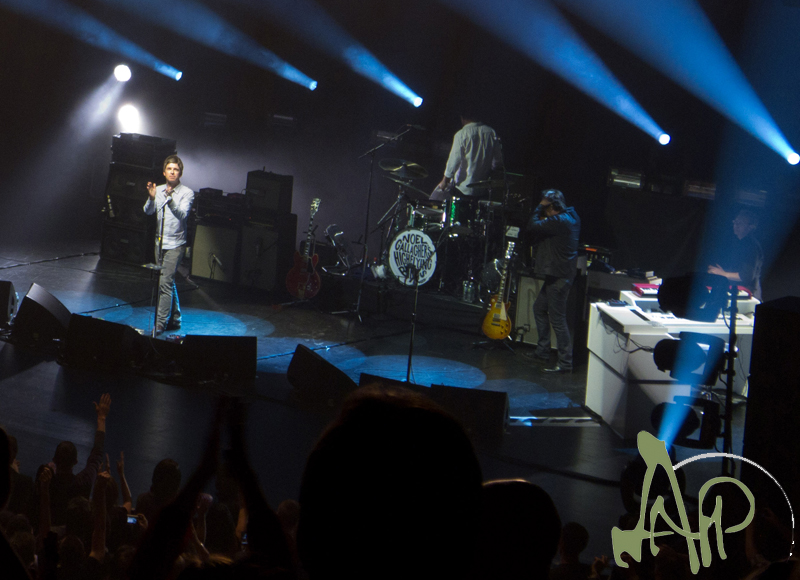 Our section remained standing for the entire encore, unlike the lame center and left balconies, and I think Noel noticed. 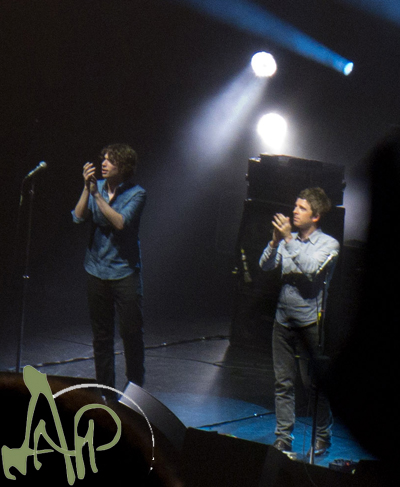 There was a great mixture of old and new songs throughout the night. Noel even threw in a new song that he's planning on releasing next year. He's another song writing machine, like E, and I'm sure Gallagher has his next three albums already planned. I look forward to hearing those albums!
Set List:
• (It's Good) To Be Free
• Mucky Fingers
• Everybody's on the Run
• Dream On
• If I Had a Gun
• The Good Rebel
• The Death of You and Me
• Freaky Teeth
• Wonderwall
• Supersonic
• (I Wanna Live in a Dream in my) Record Machine
• AKA...What a Life!
• Talk Tonight
• Soldier Boys and Jesus Freaks
• AKA...Broken Arrow
• Half the World Away
• (Stranded On) The Wrong Beach
Encore
• Little By Little
• The Importance of Being Idle
• Don't Look Back In Anger
And if you're looking for more concert reviews, check out my fellow blogger, Hank, who was at the Foo Fighters concert last night. (And check out how many smart phones are in his picture!!!) Both Hank and I were trying to give away our extra tickets last night. My solution was to order a tea at the Starbucks a block away from the Beacon. I explained to the barista that I had two extra tickets and to give them to someone she knew loved good music. Those seats weren't next to mine, so I have no idea if they were used, but here's hoping that someone enjoyed the tickets. I'm all about the good concert karma.
Posted by Audra Napolitano at 3:10 PM