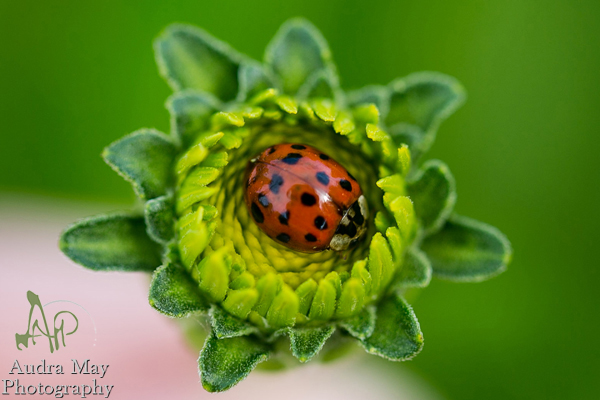 That title sure doesn't sound positive, but it's exactly what these photos are. I've spoken about Answerbooks before, but as a quick reminder, it's a once a year publication focusing on a particular town. It lists facts and all sorts of important information about that town. It's a vertical format. What's tricky about these photos is that they have to include something iconic from the town, yet also have enough dead space in them for the title of the publication on the top and the company logo at the bottom. When I'm not as familiar with the town, it's even more of a challenge. Obviously, I loved that ladybug picture, but it in no way distinctly Trumbull. 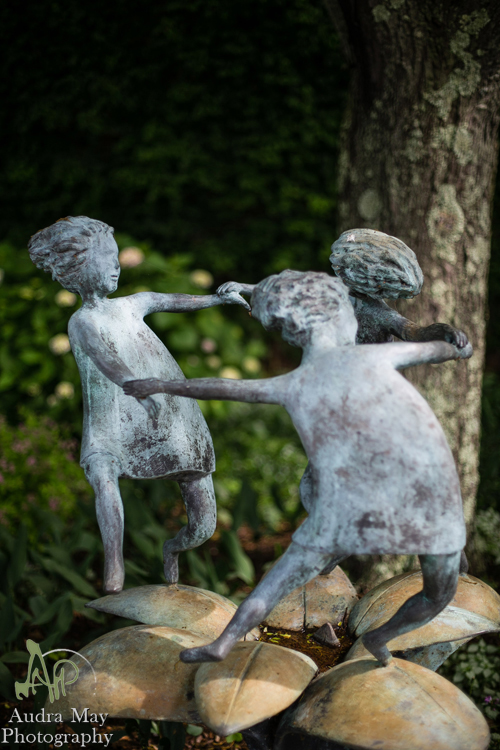 I found this statue outside the public library and it's my favorite picture that was rejected. They loved the composition and how stark the background was, but it wasn't colorful enough. I got this assignment a week before the publication ran, amidst a week of down pouring rain. The majority of the flowers had already bloomed. 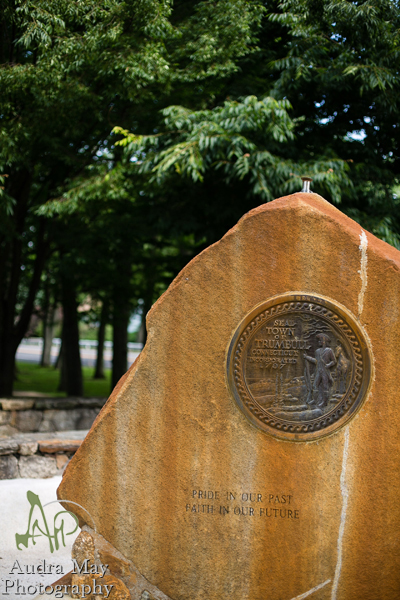 This is actually a non functioning water fountain. I thought the town slogan was ironic. Nothing says pride in your town as a giant rusted rock located in the middle of a pool of dead leaves. I hope it runs again at some point because I could take some cool shots of water cascading down it. 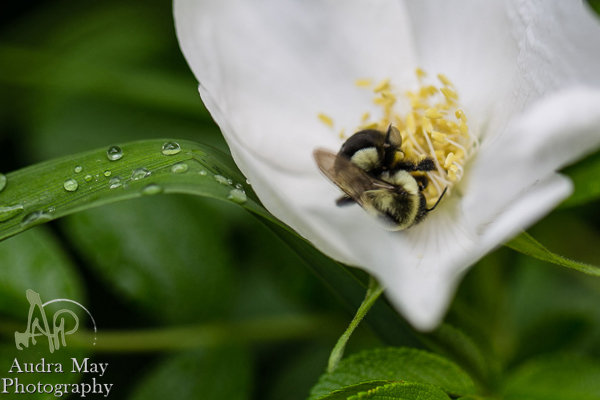 I found a little patch of flowers by the water fountain and while I was framing up my shot, I noticed the bees gathering pollen. 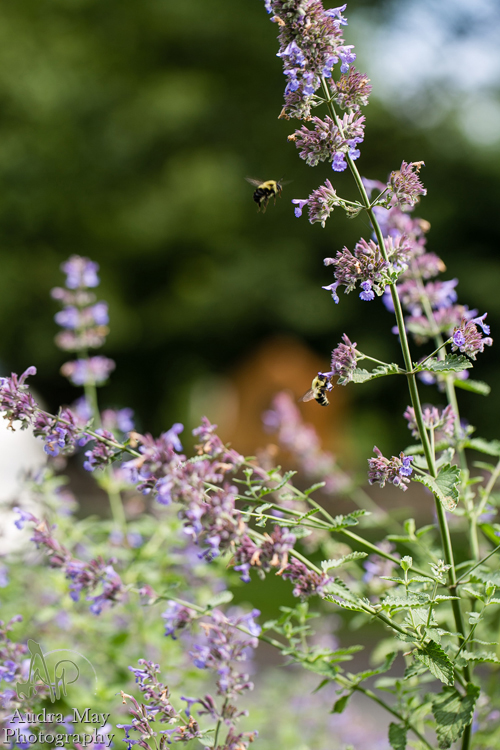 In fact, there were a lot of bees; 20 or 30 of them hovering around the flowers. I caught a couple in flight and you can see the water fountain very blurry in the background, but not distinguishable enough. 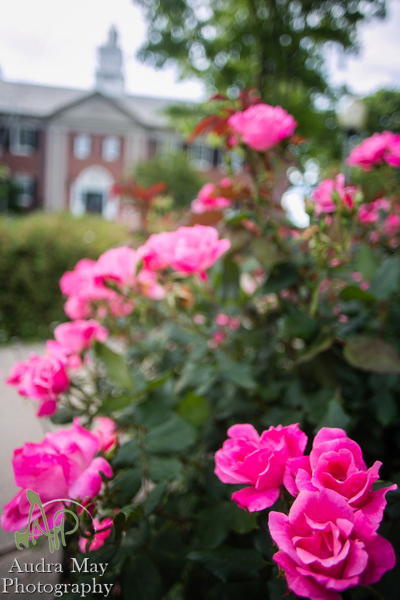 Finally, I found flowers outside of town hall. I was trying to avoid this shot because we'd featured the town hall building in a previous Answerbook, but I knew they wanted a flower shot and this was one of my only options. 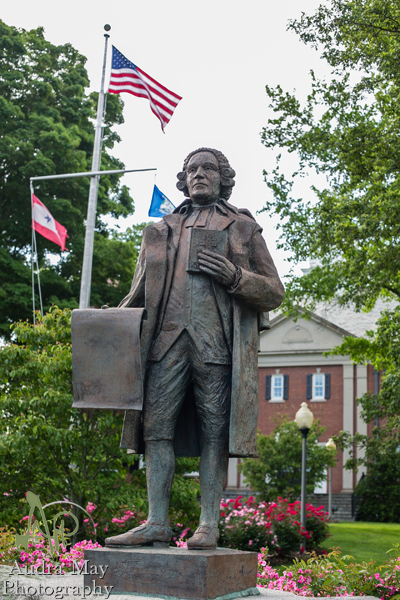 I liked the statue of Jonathan Trumbull, but I couldn't quite get enough white space in the picture, no matter how I tried to crop it. I wanted to include the flag and have it be in focus, but that also left the trees in focus. Basically, this picture is a little too busy for a cover shot. 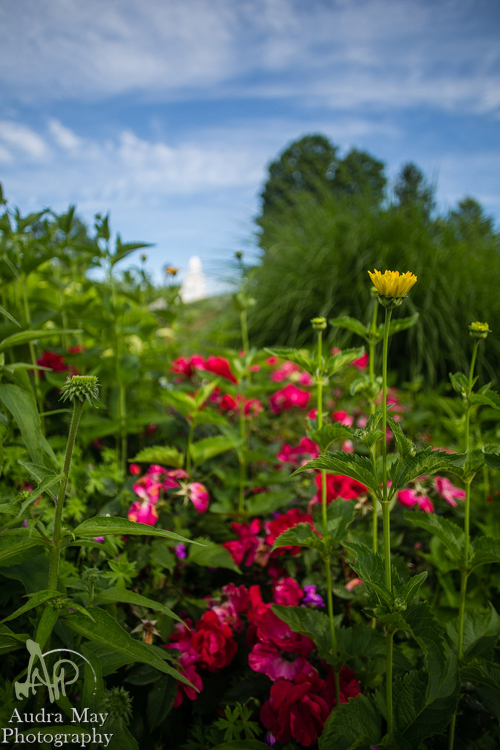 I continued to wander around town hall in search of more flowers. I found this little patch, which was located on the other side of a parking lot. I got low to block out the cars in the parking lot with the flowers and tried to keep the white spire of town hall in the shot. Again, you can't really tell what it is, so it was scrapped. 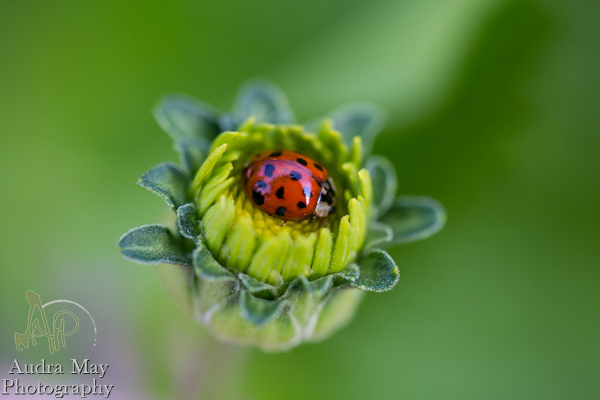 I did manage to find this little lady bug inside of the flower from the shot above and played around with the macro lens. I posted this picture on facebook right after I took it and received a ton of positive feedback. Thanks, everyone! 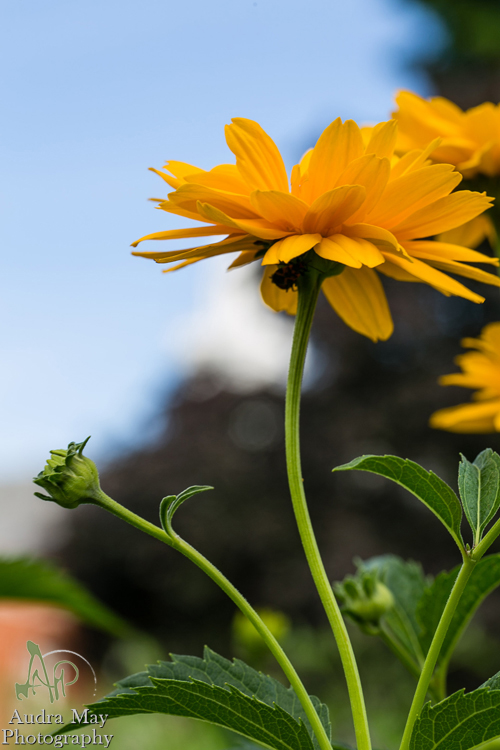 Even though I knew this wouldn't work as a cover, I liked the curves of the flower. 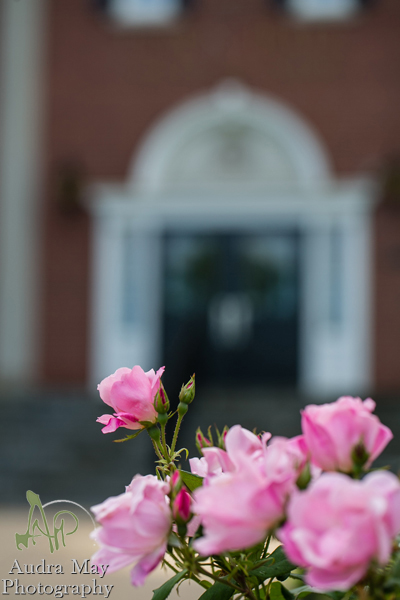 I wanted to give the editors a few options of the flowers in front of town hall. I actually preferred this rosebud shot to the one they selected in the end. 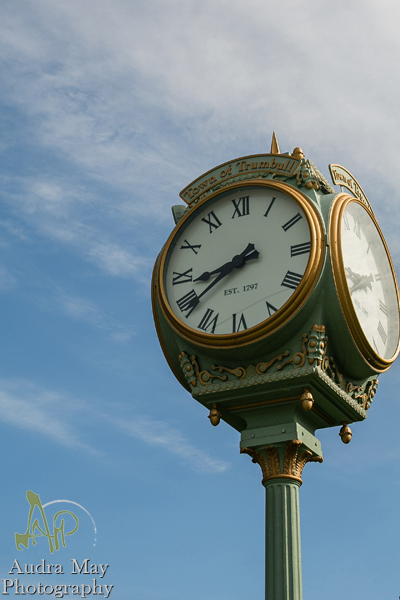 A clock shot is always a good fall back image. I'm sure they'll use this in a couple of years. I'll post the cover shot later in the week once it goes to publication.
Posted by Audra Napolitano at 11:02 AM