Aimee Mann at The Ridgefield Playhouse 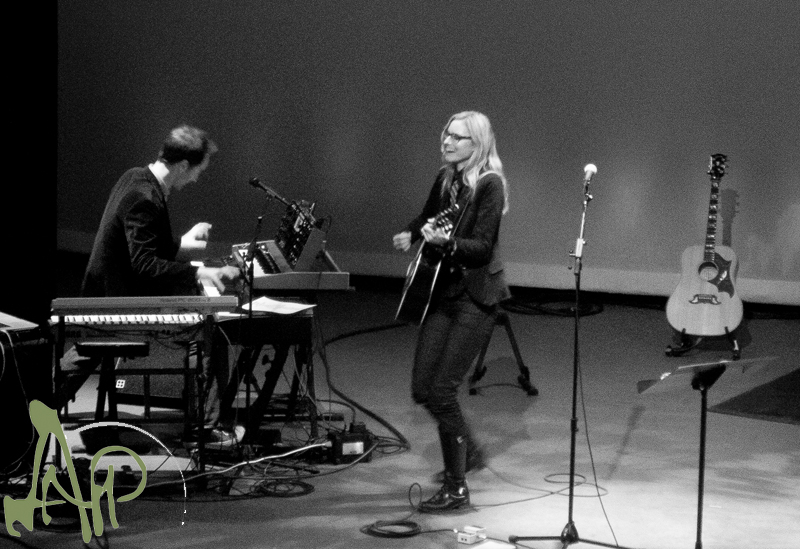 Is there anything better than a good concert on a Friday night? The Playhouse was a great, intimate setting for a sarcastic filled show. By intimate I mean if you liked having your knees rammed into the seat, or in my case wall, in front of you, this is the venue for you! I jest, I jest. It took me a long time to settle in at this venue, but that's more for personal reasons than anything else, still it was hard for me to find a groove shooting wise. It was a much older crowd, and except for a few people trying to take pictures with their cell phones (again people, your flash is only going to reach MAYBE 8-10 feet, just turn it off!) there weren't any cameras. The light was very low, which lead to me really pushing my ISO on the point and shoot much higher than I like and lowering my shutter speed. So there is some motion blur in my shots. Although I struggled on the picture front, the actual concert was very enjoyable. 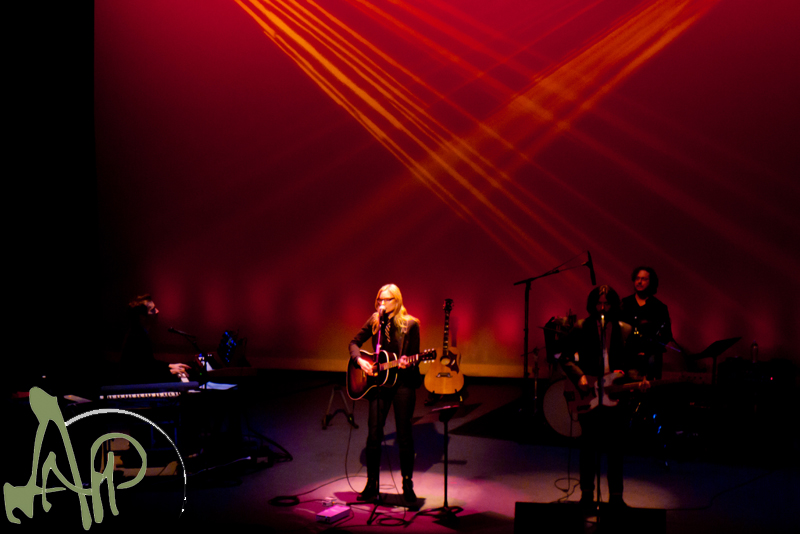 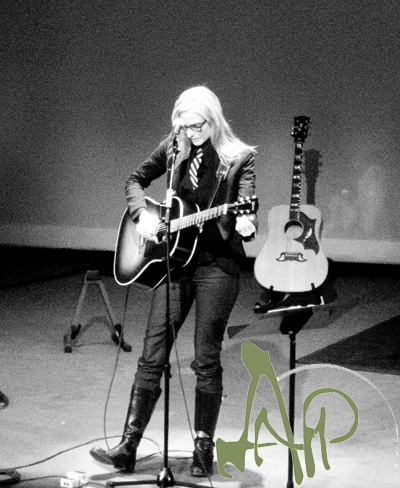 I definitely enjoyed Aimee Mann's light hearted banter throughout the night. She joked about Griffin Park in LA being the epitome of an episode of Law and Order where a head was found in a plastic bag. Not even a duffel bag, she joked, just a plain old plastic bag. This was her segway into the song You Could Make a Killing. Later, when she played some new material, she teased that it would be fine if people wanted to take the opportunity to refill their drinks or use the facilities. When she saw people taking her up on the offer, she stated that she knew where their seats were and she knew where she could hide their heads, but she promised she would use at least a nice tote.

There's a new song on her not yet finished album inspired by the show Hoarders which I thought was pretty funny. Mann explained that she couldn't understand how people refused the help even when rats and possums(!) were taking over their house. (I'm a member of the Possum Posse over on facebook, so I thought that shout out was awesome.)

She egged the crowd on to request a bass solo. The bass player, I caught his name as Paul Bryan, jumped in saying that the bass was the most self deprecating instrument; everyone wants to play it, but nobody wants to hear it. 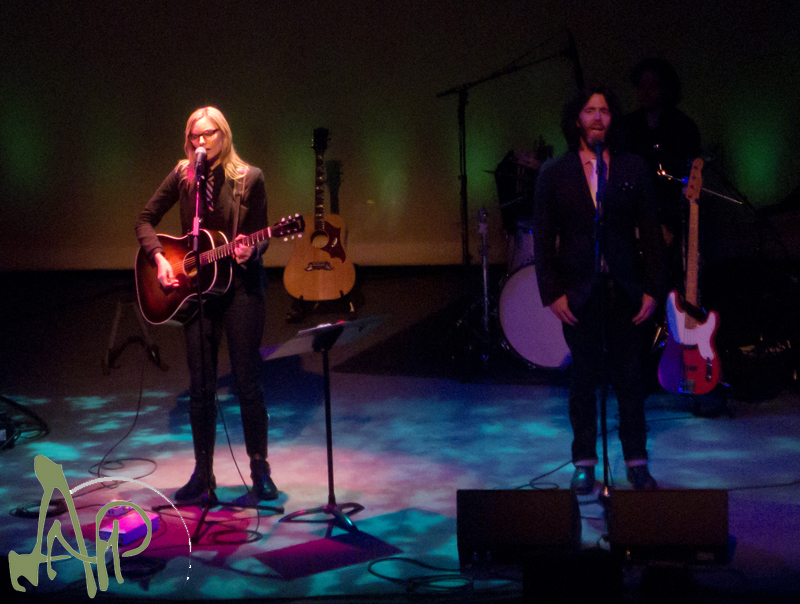 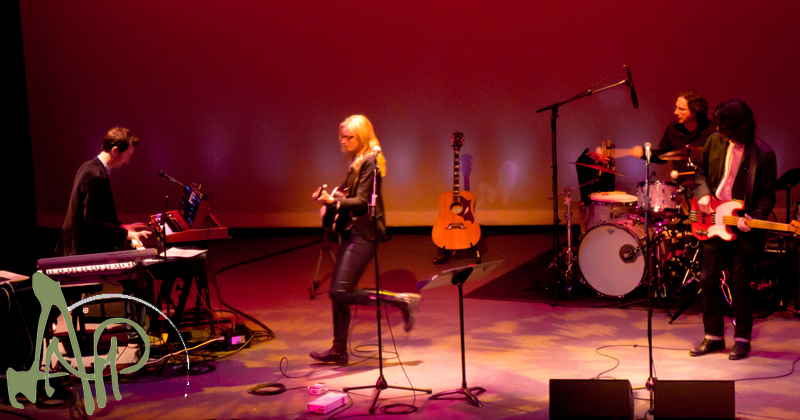 During the encore, the crowd started to shout requests. Because I thought this was a bit ridiculous, I decided to shout at the top of my lungs, FREE BIRD!!! For those of you that don't know me, I'm pretty loud and can certainly project my voice in a shoebox like the Playhouse. The audience and Aimee cracked up. She teased that she couldn't believe 30 years later, that gag still gets laughs. She theorized that it must be the same person at every concert that shouts it. Hehehehe

Musically, some of the highlights for me were: the slow, acoustic rendition of Red Vines (which she played instead of Free Bird), Save Me, Deathly, One and Wise Up. I'd forgotten the power behind that last song, off the Magnolia Soundtrack, and was really touched by how delicately she played it. 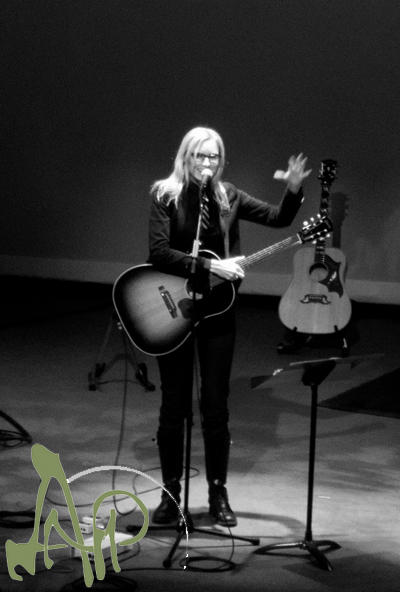 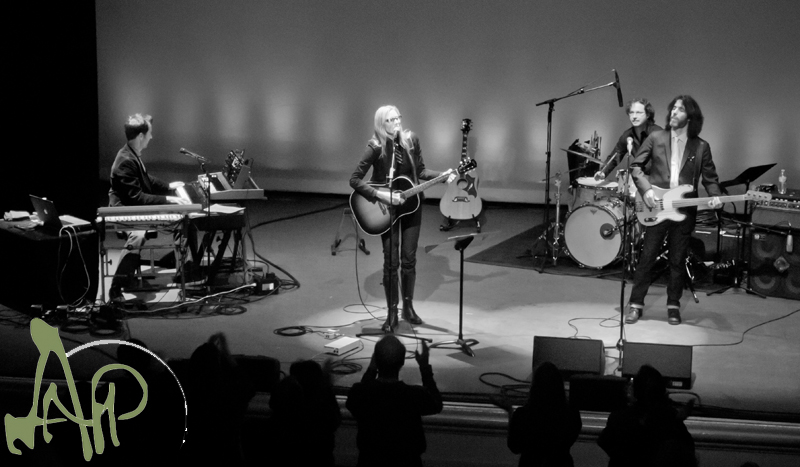 What I took away from this concert was that I'm starting to lose patience with my point and shoot camera. I was literally aching to have my SLR, although that might have been from the lack of circulation in my legs from being crammed into that miniscule aisle. No really, I would've gotten some incredible shots from my vantage point and I would've nailed this energetic moment at the end of the night... 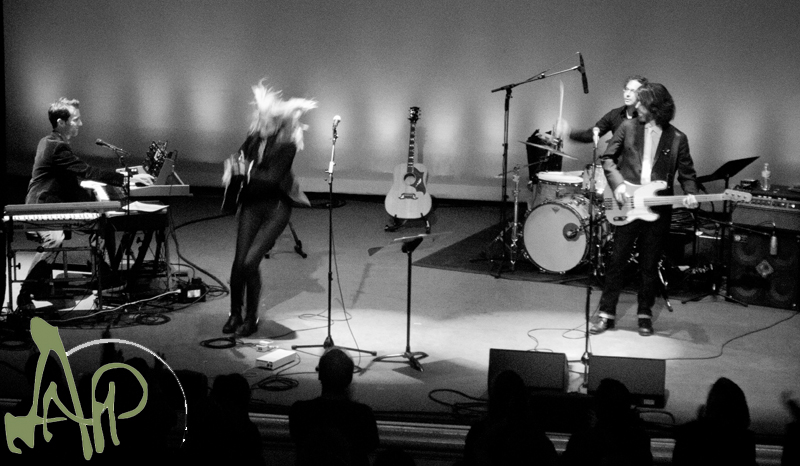 I have some connections here, and I'm hoping to build them. For now, I have to keep plugging away, even if I'm not getting the results I'd prefer. Everything is a learning experience. At the very least, I can continue to shout Free Bird until it gets played...
Posted by Audra Napolitano at 11:59 AM