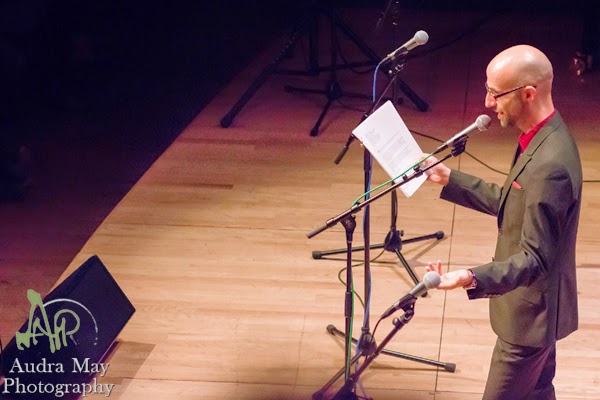 I have been waiting forever to post these photos! I decided that I wasn't going to spoil anything until the recording was released, which it was last night. Go to Welcome to Night Vale's bandcamp page to download the full episode. For fans of the podcast, you already know what this is about, so feel free to scroll on down to get to the pictures. For my regular readers, Welcome to Night Vale is a twice monthly podcast, free to download on iTunes or whatever your choice of listening program you prefer. Welcome to Night Vale is a radio show from a fictional town called Night Vale, created by Joseph Fink and Jeffrey Cranor. The radio show, hosted by our beloved Cecil Gershwin Palmer, takes place in a desert setting and consists of news, announcements, advertisements and of course, the weather: a piece of music from an independently published artist. The early segments about the town's newspaper industry got me hooked on the show.

It's such a simple idea, but it is brilliantly done. There was nothing on the stage other than voice actors, reading their script. No outfits, no flashy light show. Disparition provided backing music just like in the epiosdes and Jason Webley performed Last Song for the weather segment, as well as about a half hour of other songs before the show started. I can't describe how amazing it was to see these actors bring their characters to life.

The Debate is described as: Cecil hosts a debate live in the Night Vale Community Radio Studio. Candidates Hiram McDaniels, the Faceless Old Woman Who Secretly Live in Your Home, and a surprise guest make their case for becoming the next mayor of Night Vale. Meanwhile some strange deer are taking over town. Recorded at Roulette in Brooklyn, NY 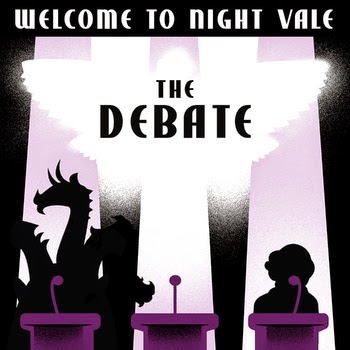 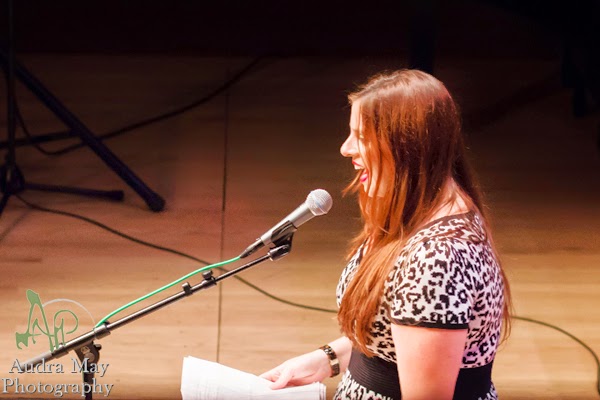 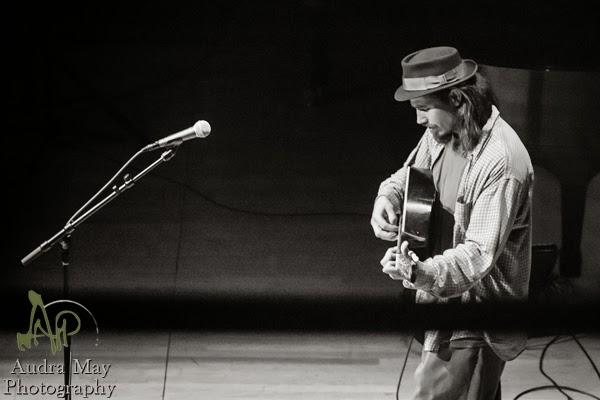 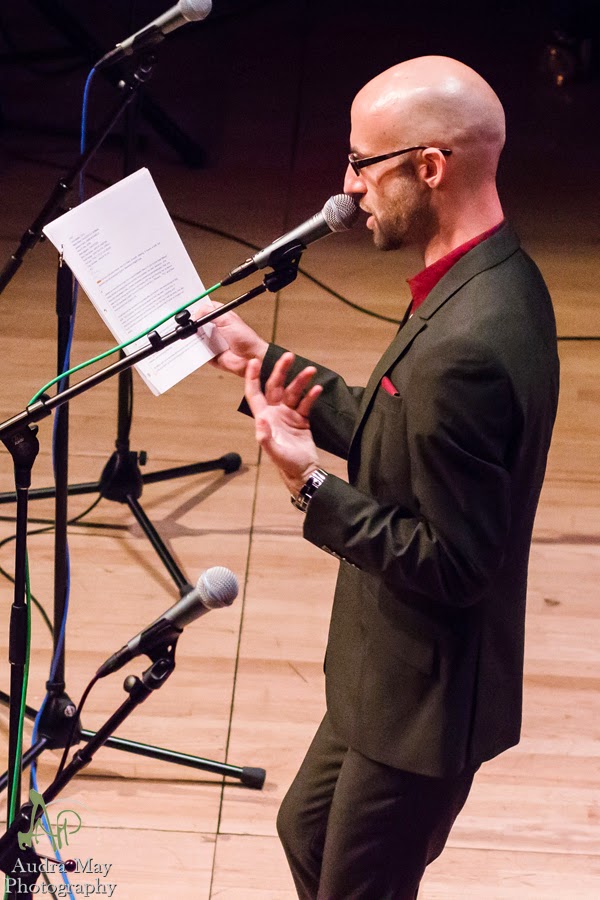 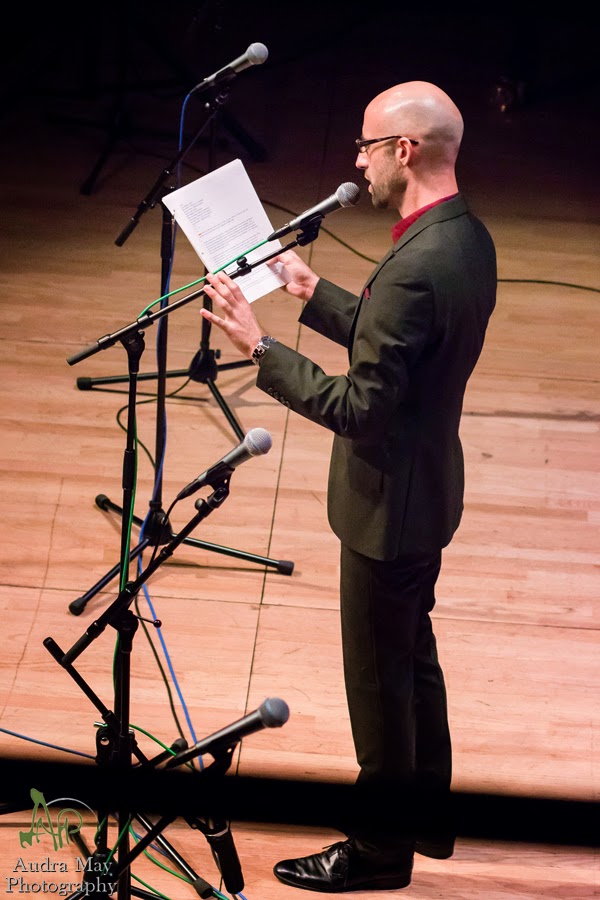 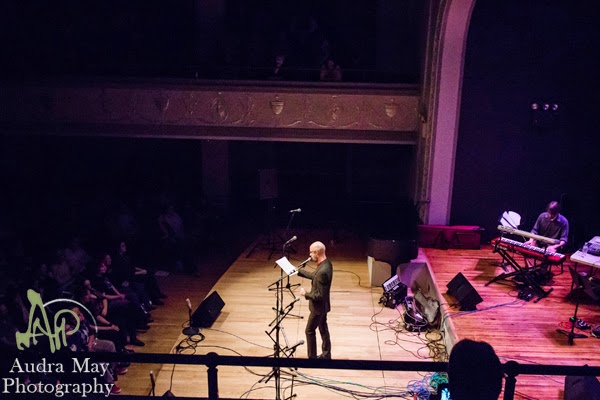 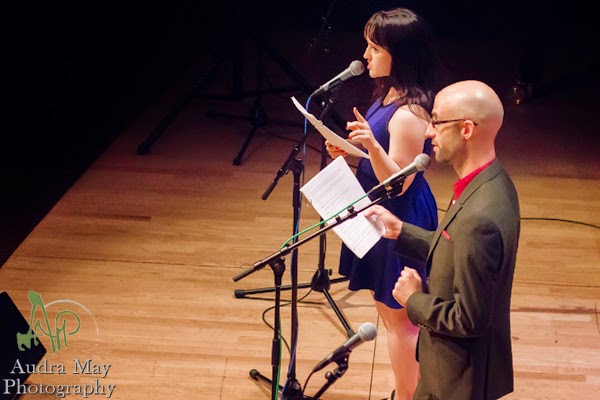 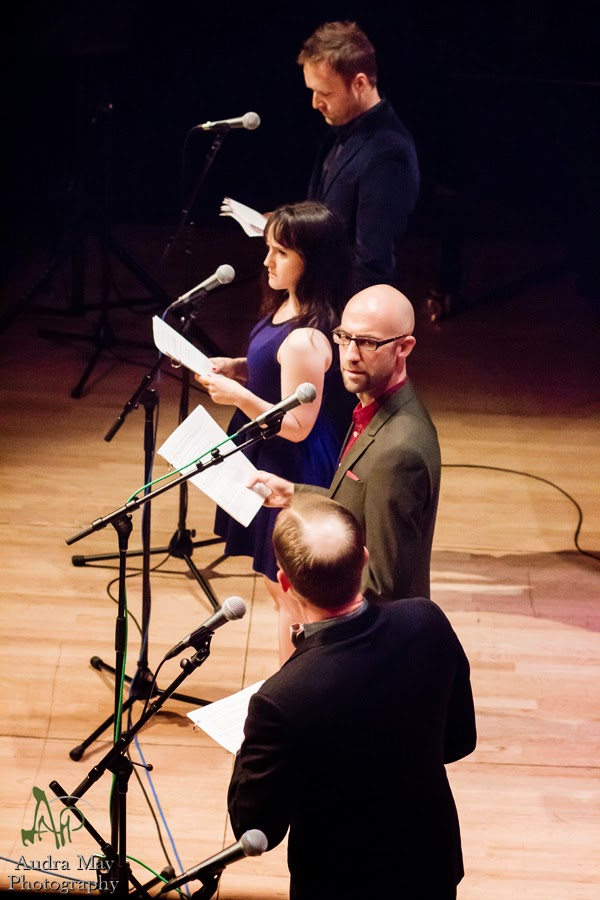 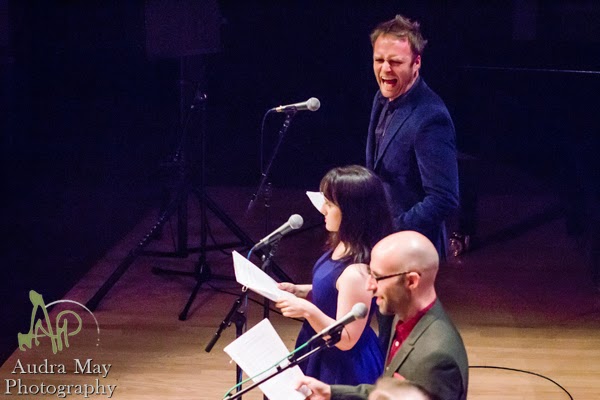 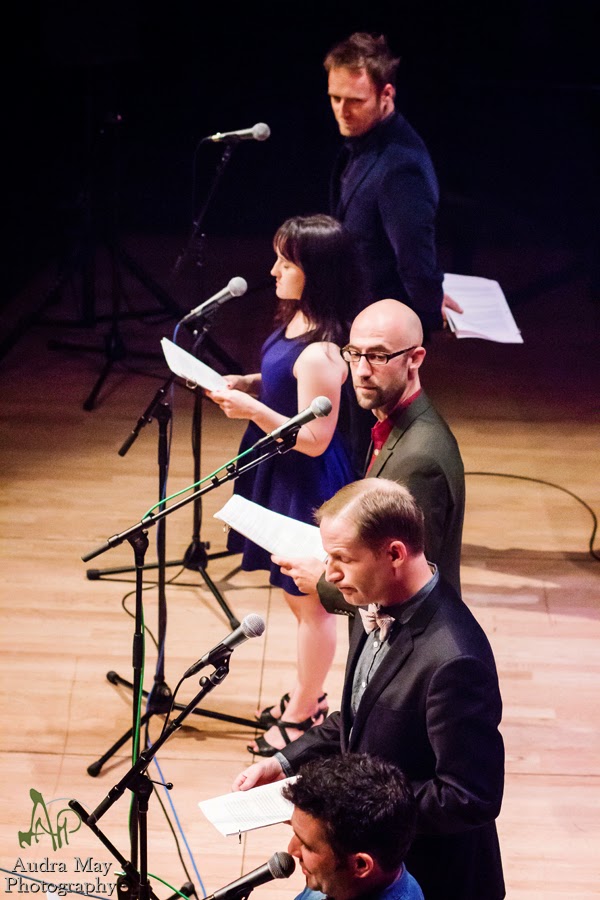 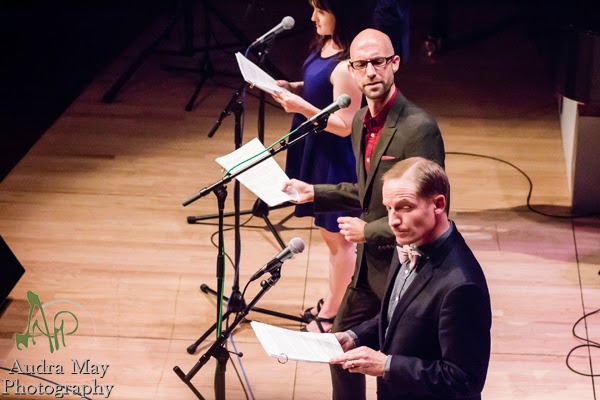 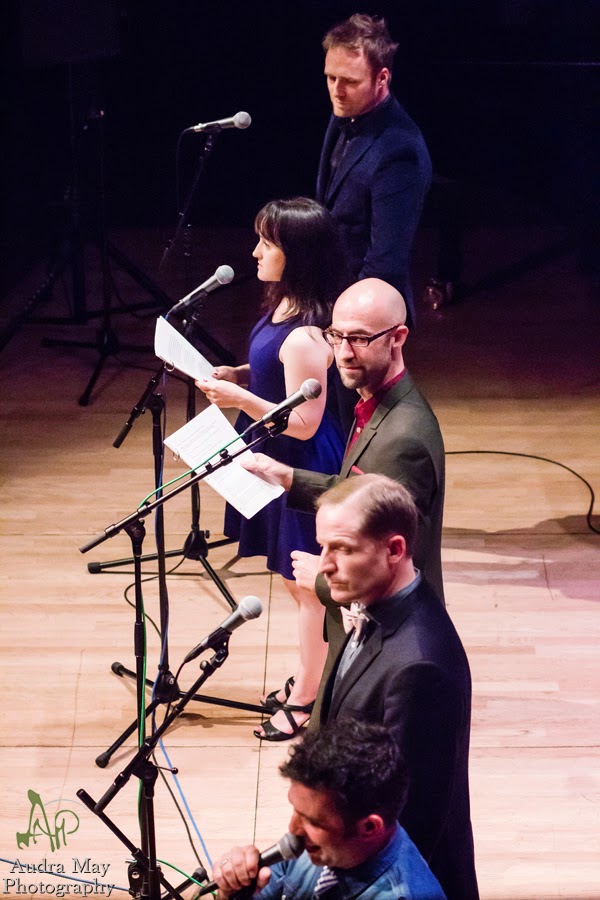 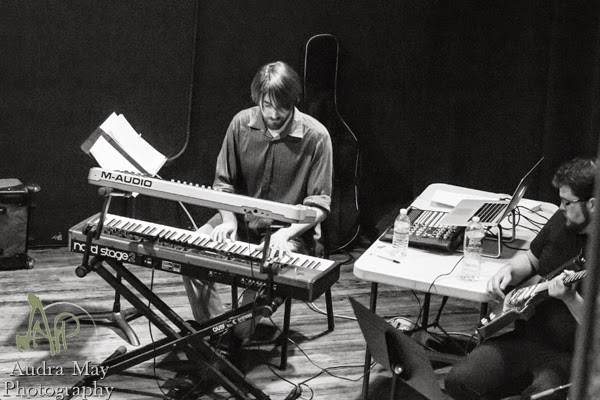 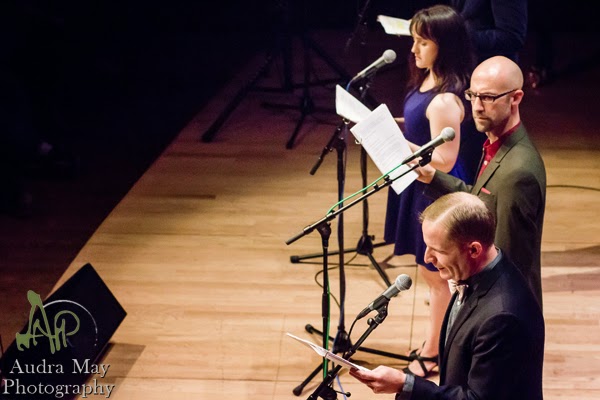 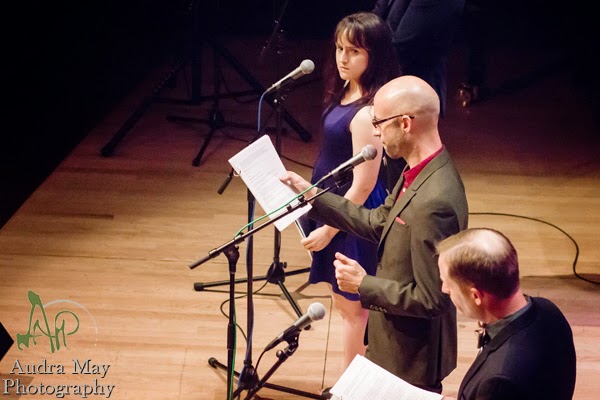 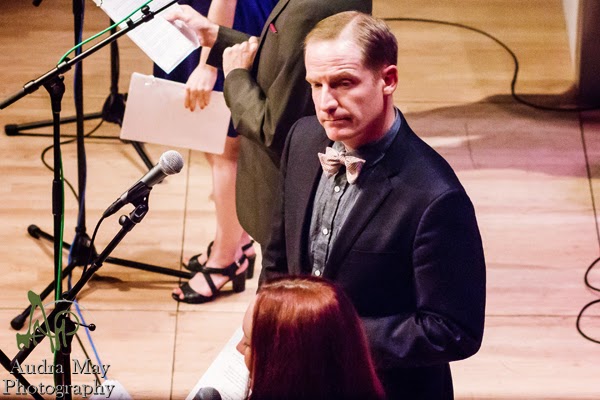 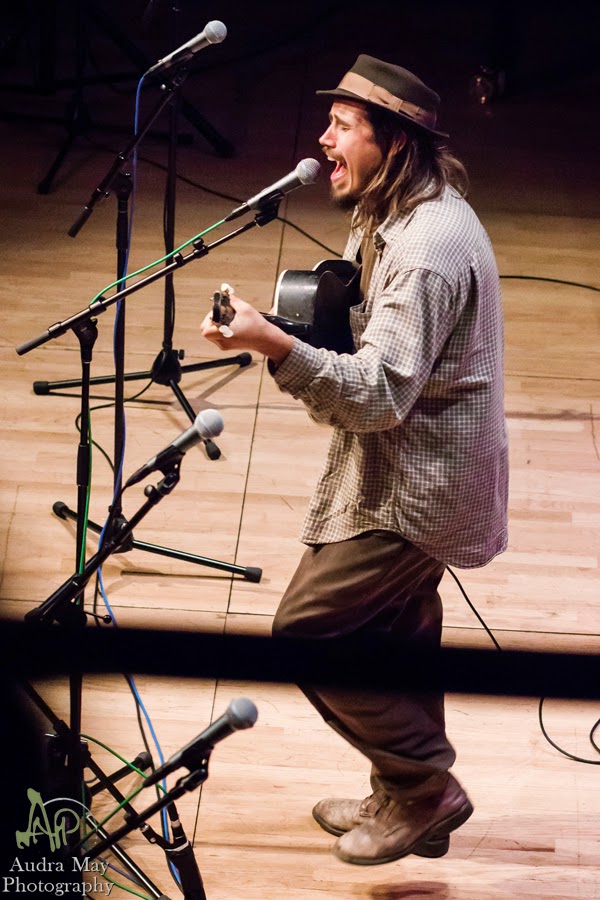 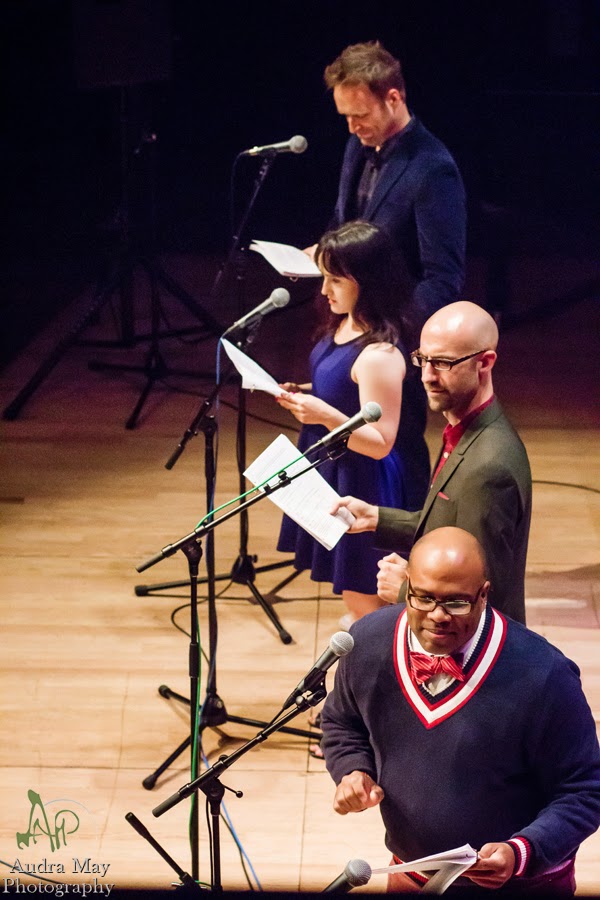 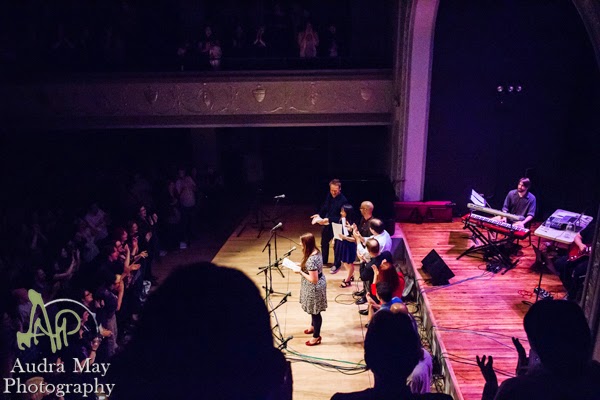 As always, I leave you with shoes! 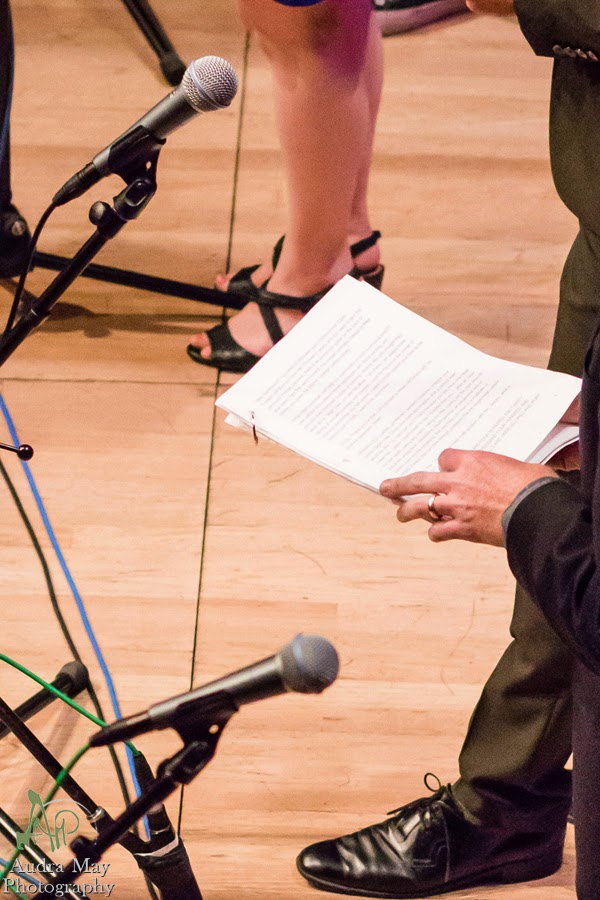 Posted by Audra Napolitano at 10:02 AM