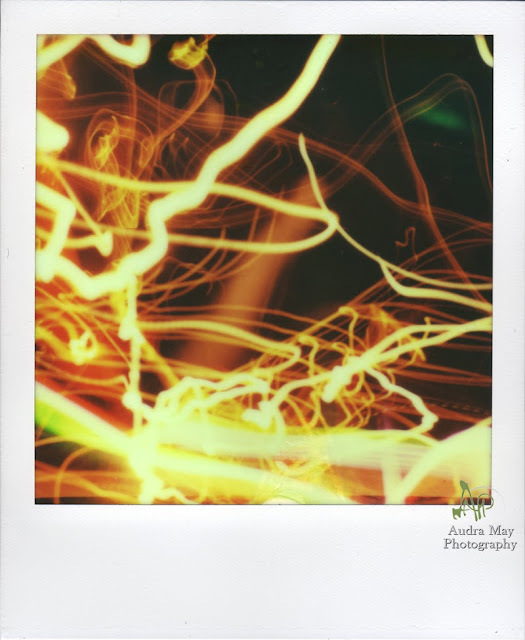 I really fell in love with Polaroids this year, so I decided to do a top ten list of them. I remember when I first walked into the NYC Impossible Project space after shooting a pack of PX Silver Shade with tons of questions as to the results I was getting. The employee told me to stick with it, that even though it can be frustrating as you learn how your camera will react, the results are worth it. Every time I bust out my SX-70, I receive smiles from those around me. People want to know about the camera, where I'm getting the film and they are always excited to see the results. I'm thrilled to be a part of the Impossible community online. 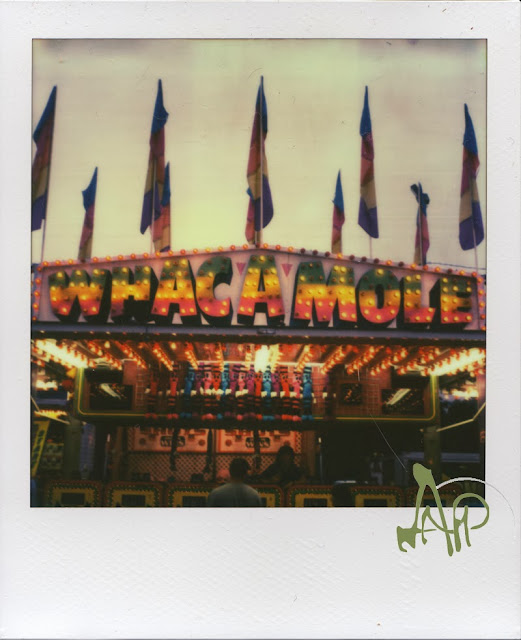 I was at an assignment for the newspaper in Monroe and brought along my SX-70 to take some long exposure shots. When I saw all the colors in this sign, I stopped and I was thrilled that they translated onto film. 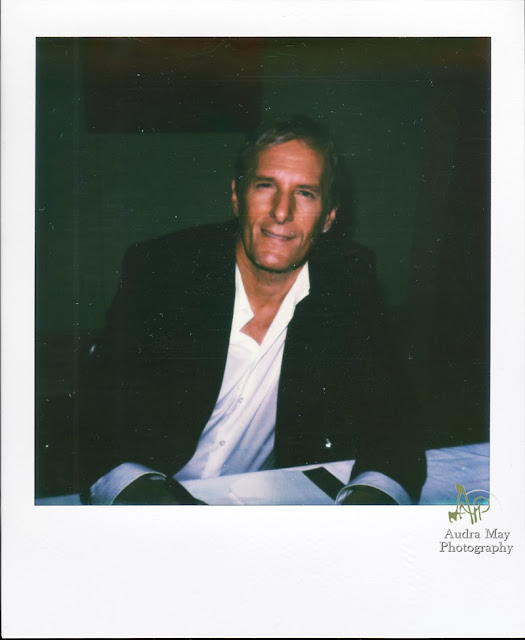 I covered Bolton's book signing in Woodbridge this year and waited in line to get an autograph with my Polaroid camera. Even Michael Bolton was impressed with the camera. We had a short conversation about analogue and how some artists still like to record that way over digitial. 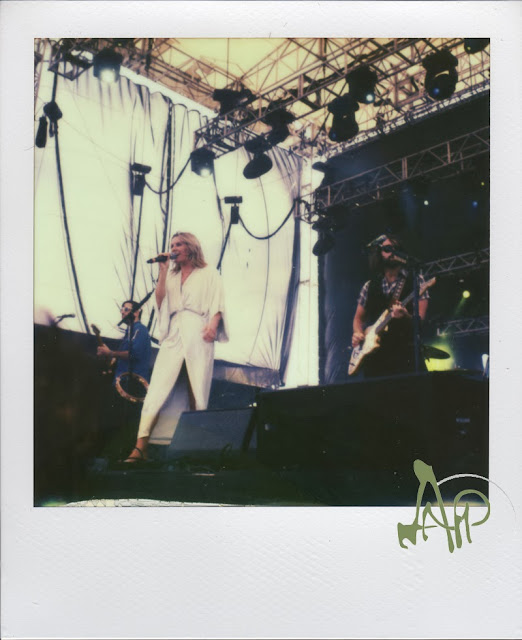 7. Grace Potter and the Nocturnals at Gathering of the Vibes

I've been trying to get a decent concert Polaroid for over a year now. The best result came when I covered something in the day time. In the middle of 30 photographers in the pit, people stopped when they heard the sound of a Polaroid ejecting. This was my first festival as a concert photographer and I really had a great time meeting other photographers and talking about shooting on a medium I love. 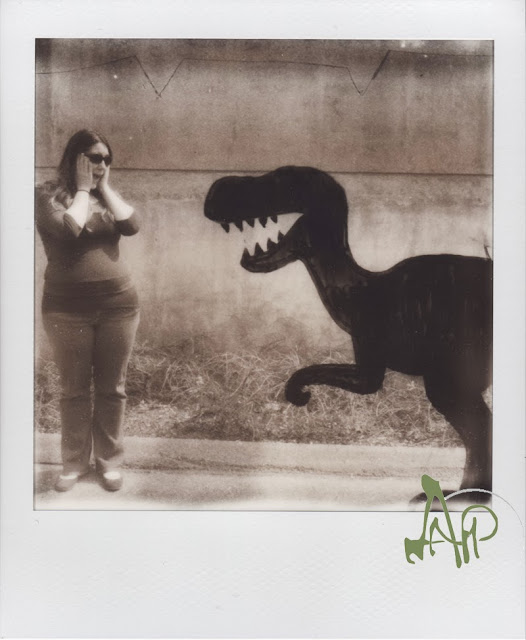 I created my own filter for National Velociraptor Week and took shots of my friends posing with nothing. Many thanks to my friends that put up with me. This shot of Moe is my favorite of the 8 shots I took. Her line of sight is absolutely perfect! 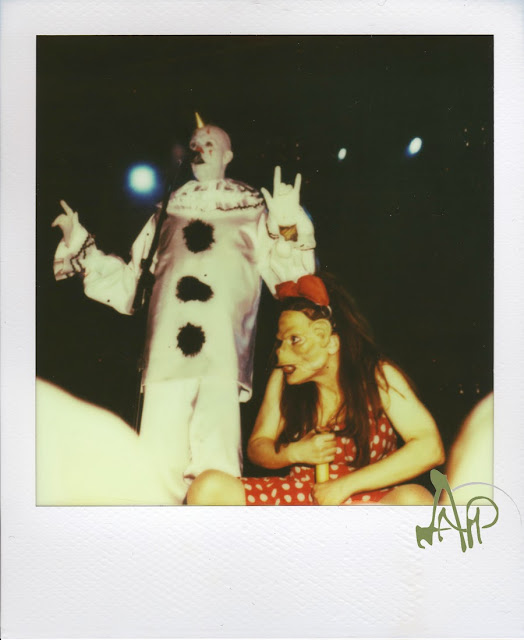 As soon as I took this shot, I knew it was going to be one of the creepiest Polaroids I've ever taken. Puddles was the opening act for the Eels at Webster Hall. I don't normally use a flash at a concert, but when I saw this seven foot tall, creepy clown on stage, I knew I had to have a Polaroid of him. As the year has progressed, Puddles has been getting a lot of media coverage, so I'm really proud to have captured this shot before he became popular. 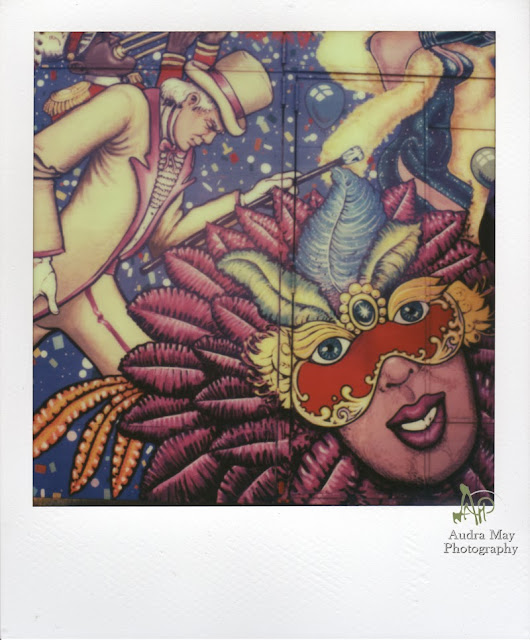 I took this picture on National Polaroid Day at the North Haven Fair. This was the outside decoration of a fun house. Again, the colors really pop and I had a blast taking pictures of the fair. 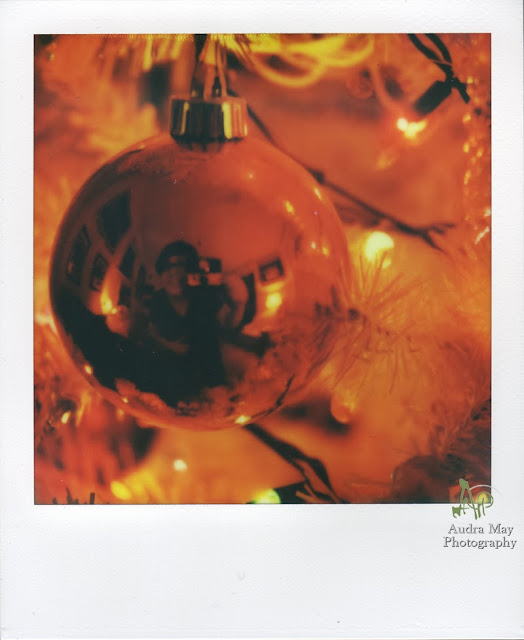 I was taking a cover shot for the newspaper's holiday supplement and brought along my Polaroid to see what I could get. When I noticed my reflection in one of the ornaments, I set up my SX-70 on the tripod and did my best to hold a pose. 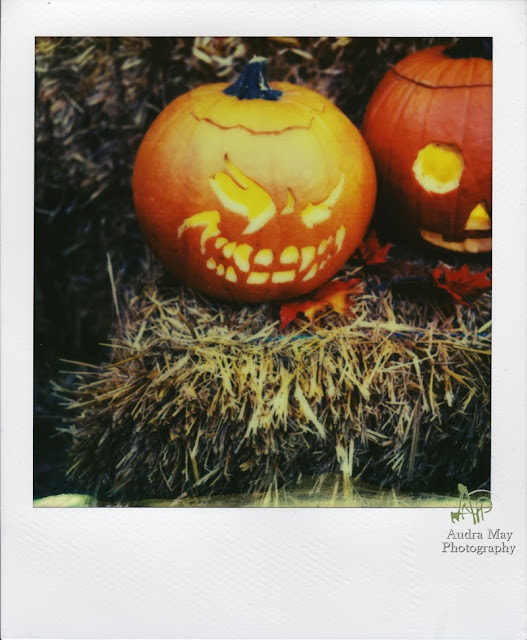 This is actually about a 30 second exposure. It was taken at dusk, again with the camera on a tripod. I didn't expect it to take that long, but the depth of the colors absolutely amazes me. I definitely plan on doing some more photos at this time of day because I love the result. 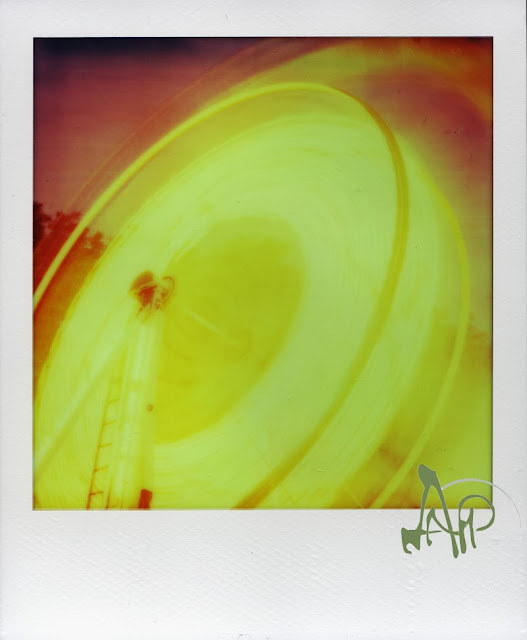 I love night photography, so why not combine that with film? I knew I had to trick my camera into getting the result I wanted. I placed my finger over the sensor, set the wheel to full dark and counted to 12 before moving my finger. What developed made me absolutely giddy; it's even better than I expected.
Posted by Audra Napolitano at 10:00 AM